Is it the body that commits a crime or the mind?

And if punishment has to be given, it needs to be for body or the mind? 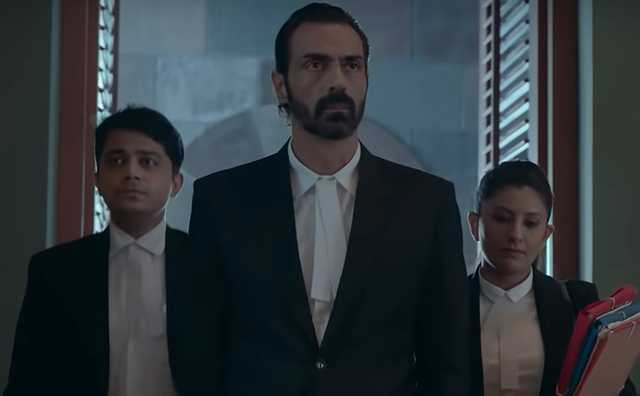 That’s pretty much the core of Nailpolish, a two hour long courtroom drama, which declares right at the beginning that it is based on some true stories. Which true story exactly? Well, that’s not really told, but after watching this Bugs Bhargava [Barot House] directed film, you do end up wondering once again that the adage of ‘truth being stranger than fiction’ is indeed true. 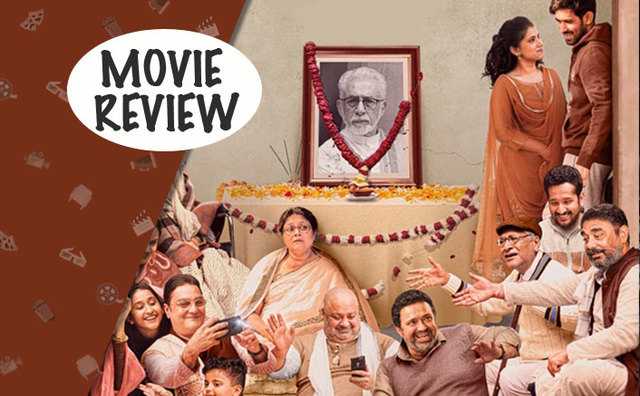 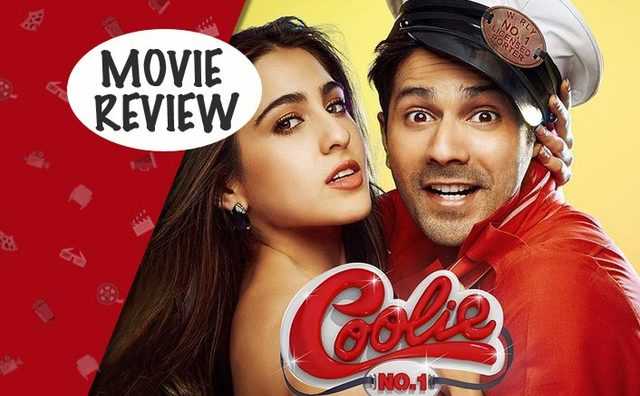 The film comes to the point right away when an ex-army officer and now the show-runner of a sports academy is arrested as a prime suspect. His crime? Facilitating the rape and murder of two kids. Even as all the evidences keep going against him, right from material to DNA, courtesy the investigation from prosecutor Anand Tiwari, hotshot defense lawyer Arjun Rampal takes it upon him to get Manav out of the shackles, even if it has to be done pro bono. Reason? There is a Rajya Sabha seat that depends on the outcome of this case and he has to go all out.

It wasn’t too long ago when Manav played the famous character of Nanavati in The Verdict: State v/s Nanavati. That one was a web series where Sumeet Vyas played the part of legendary lawyer Ram Jethmalani. In Nailpolish, it is Arjun Rampal who defends him and yet again it’s the suave personality at work.

You do see him throwing darts at the picture of his late father who, presumably, bullied him due to the power that he carried and hence now it was the mission of his life to go ahead of him at all costs. On the other hand the man he needs to defeat is Anand Tiwari whose battered car doesn’t start or reach its destination without some push. As an honest family man, he has a point to prove as well. 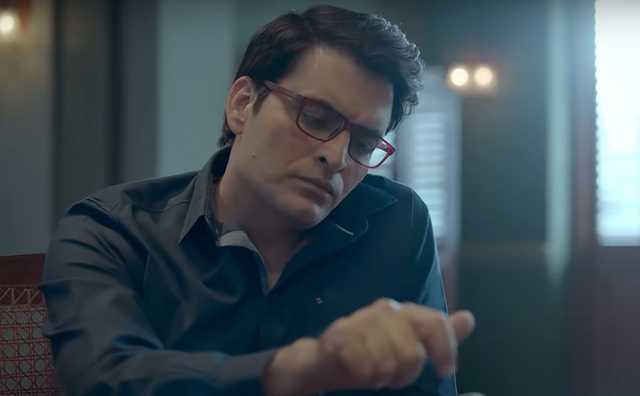 In this intriguing tale which is primarily featuring an all-men cast, each with a back-story of his own, there is Rajit Kapur playing the part of a judge. As someone who has his own quirky way of acting for decades now, he has an ex-alcoholic for a wife [Madhoo] and has unsolved troubles of his own.

However, when all four men come together in a single frame, the cause is just the same – Unearth the real truth and then find the right judgment that is unbiased and right.

For a large part of the narrative, one wonders what really is the relevance of the title Nailpolish. In a story that continues to immerse you scene after scene, one wonders whether there is a larger metaphor at play here. Considering the fact that the pace of the narrative is slow, you do get to take an occasional pause and also ponder over such points. Honestly, considering this was a film rather than a web series at work here, one would have rather expected a much more rapid execution at play instead of an immersive technique applied for the narrative.

That said, the story is good and though you do wonder whether the actual criminal should have been convicted for the crime despite the legalities involved, the manner in which the story culminates is still convincing, something that was akin to walking a tight rope and hence risky too. You do go along with the story for a large part of it and though the jail scenes do make you uncomfortable, especially so as there has been a bit of overdose of it in the recent times, courtesy the two seasons of Criminal Justice, it is all relevant for the stage and setting here.

No wonder, even as Manav Kaul goes through major characterization drifts, Anand Tiwari gets perplexed with the happenings and Raja Kapur tries to make sense out of it all, it is Arjun Rampal whose cool persona and smooth dialogue delivery makes Nailpolish all the more interesting. There is certain fluidity in his act and he once again shows that there is so much that he can bring on a scene when given a good role to munch on. His screen presence is quite good and without getting overboard even once, he gets the drama, expressions and the quirk right.

This, coupled with the fact that Nailpolish has some unpredictable twists and back-stories, do make this film (currently streaming on ZEE5) an interesting watch. As for the climax, while it is balanced indeed, it does set a stage where Nailpolish could well warrant a sequel.

Must Read: AK vs AK Movie Review: Anil Kapoor & Anurag Kashyap’s Reel-Meets-Real Is The Most Experimental Experiment To Happen In Bollywood!