No Time To Die Movie Review Out!  ( Photo Credit – IMDb )

What’s Good: Daniel Craig finally says goodbye so that we get to see who’s our next bond (my life savings are on Henry Cavill)

Watch or Not?: Yes, watch it see how they choose to end Craig’s timeline

It starts with Madeleine Swann’s (Léa Seydoux) flashback sequence which in a way lay the base for the villain’s existence. James Bond (Daniel Craig) has retired and is chilling in Jamaica but as it’s on the wall, this is the last film so of course, he’ll be called back for the one epic task. Bond doesn’t trust Madeleine anymore as he’s convinced that she’s a traitor.

Madeline’s childhood track explains how and why Rami Malek‘s Lyutsifer Safin has turned into this eccentric-accent and superficial scars super-villain. Safin controls a bioweapon that contains nanobots that spread like a virus. Safin wants Madeline dead which of course will trigger Bond enough to get back into the battlefield. 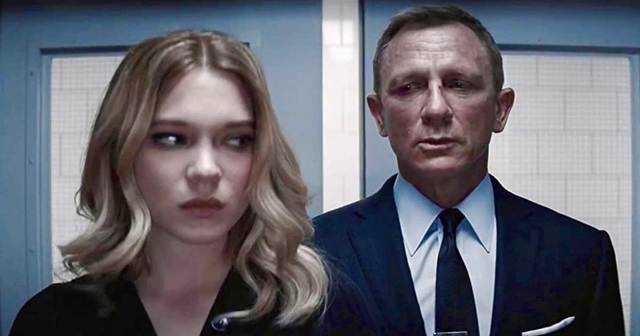 Neal Purvis, Robert Wade & Cary Joji Fukunaga’s story builds a monumental trap for itself – The trap of saying goodbye to Daniel Craig after 15 years of playing a character that is etched forever on the minds of people. The story, to salute Bond, loses the grip which is well-curated in rest of the scenes. It’s been 26 movies over the 60 years for this character & the silver lining is, there’s still a lot to explore.

Following the Avengers‘ route to interlink the story with the previous instalments, creates a certain disconnect due to the limited content to the callback. Linus Sandgren (La La Land, First Man) levels up his portfolio already filled with some impeccable cinematography with this one. A very fast car-reversing similarly mimics the camerawork proving how connected it’s to the script.

If this is all about giving a worthy farewell to Daniel Craig, it does that best and that’s because of the lead himself. From an unschooled, uncontrollable agent in Casino Royale to a loving husband, an unloving advocate of killing bad guys, Craig maintains his style as he exits the franchise. Should it have been sooner? Yes! Did I mind the unabashed entertainment on an IMAX screen? Definitely not!

Rami Malek adds nothing extraordinary to the character apart from his delicious accent & made-up scars. His whole act looks like he wants to perform this badly but the character demands to underplay, and that gap impacts the overall feel.

I bet if this wasn’t about the grand Craig finale, Léa Seydoux would’ve got a meatier chunk compared to what she has now. Her character adds substantial things to the story but is overshadowed by Craig’s soon-to-be absence.

Lashana Lynch could be the next Female James Bond everyone is talking about (apart from Craig), but again, her character doesn’t make you wait for what’s coming next. Ana de Armas teases the excitement every time she’s on-screen, but the thing is she’s there just for 10 minutes. 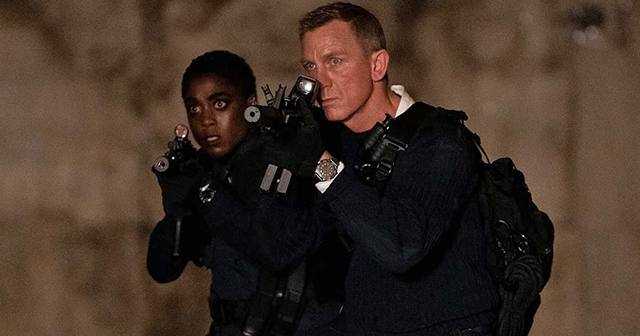 Cary Joji Fukunaga’s work experience from True Detective, Maniac continues to shine as the ‘other from action’ part could easily be one of the best in the series. It’s easy to understand how Fukunaga’s vision would’ve been a blast on paper but then Craig takes the case (and wins it, of course).

Craig couldn’t have asked for a better parting away gift than Hans Zimmer’s background score. It’s a symphonic orga*m. Even Billie Eilish’s title track builds the intrigue and mysterious aura.

No Time To Die Movie Review: The Last Word

All said and done, you’re anyway not missing this if you’re a Daniel Craig fan, even if you aren’t, watch it for the big-screen bonanza it’s meant to be.

No Time To Die Trailer

Share with us your experience of watching No Time To Die. James Bond Successor Should Be A Gay Actor After Daniel Craig, Feels No Time To Die Star Ben Whishaw

Must Read: Jungle Cruise Movie Review: Dwayne Johnson, Emily Blunt Are ‘Slow & Not So Furious’ On The Sea!