How do you create a crime/suspense drama with metaphors induced, but serve both kinds of audience, including intellectuals and ones seeking ‘masala’? Ask Sudip Sharma and the talented team of Amazon Prime Video’s Paatal Lok, led by excellent performers Jaideep Ahlawat, Abhishek Banerjee and co-produced by Anushka Sharma. The show gives a violent twist to ‘what you seek is seeking you’ and kid you not, I was up the whole night to articulate it in words. (PS: I am trying damn hard to not give any spoilers, so do read till the end. Also, this one will be longer, Paatal Lok deserves)

Set in Delhi, Paatal Lok is based on the mythological tale of the three Loks, Paatal Lok, Dharti Lok and Swarg Lok. The story begins at the point where the three intercepts and an entangled mystery is born. Four hired murderers are arrested by the police and the investigation begins. Further search shows the game is bigger than what it appears. Who was the target? Who is the suspect? What roles do our four pillars of democracy play in this is the show. (See, No Spoilers yet!) 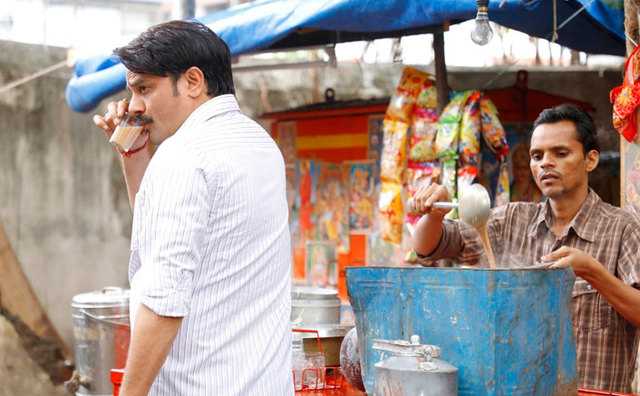 The divide between the haves and the have-nots is visible in every corner. Writer Sudip Sharma treats Delhi as a universe and divides it into Dharti Lok, Pataal Lok and Swarg Lok, metaphorical to the staring class divide we live in. While Paatal Lok is strong in terms of performance, it is highly driven by talented writers led by Sudip.

The focus is on the Paatal Lok, which includes the have-nots majorly. And this is where our four accused (Abhishek Banerjee, Aasif Khan, Jagjeet Sandhu and Mariembam Ronaldo Singh) come from. Makers tell you what makes them evil. Yes, it is a murder mystery and a suspense drama, and these are accused of a heinous crime. But, it is also a detailed analysis of what makes them the monsters they have become. Systemic oppression, class divide, financial status, religious hatred all drive the have-nots and that leads the decisions they make.

While doing this, not for ones the makers glorify these four, for us they are evil and they stay so, this is where the writing shines. Also, the show takes not so subtle digs at the establishments, the oppression that media is going through, and how the haves have been filling their pockets on the cost of the have-nots. It’s the reality we are living in, question your ideology if it offends you.

Writers Sudip Sharma backed by Gunjit Chopra, Sagar Haveli and Hardik Mehta are in complete control of this story. Not just underlining the facts, they make sure they stay true to the character traits. When Hathi Ram Chaudhary (Jaideep) while interrogating a Muslim criminal says ill about his religion, he comes out and apologises to the police officer who was inside and is a Muslim. Or when a CBI officer says, “Aaj kal inki community se kaafi are hai na?” about the same Muslim officer. Or when in a spectacular scene where Jaideep narrates a mythological story and says, “waise to ye sab shastro me likha hai par mene WhatsApp pe pada tha”. You know how controlled and researched the writing is. They are not shouting the message at top of their voices but are crystal clear as what they have to say.

Having spoken at length about the metaphors that this show is heavy and bang on for, I am happy to inform, it does not for once alienate the viewers who aren’t into indulging intellectually. The drama, parallel lives, action sequences, nail-biting twists and the guns will satisfy your ‘masala’ craving right away.

Coming to direction, director Avinash Arun (who has the beautiful Marathi film Killa to his credit) and Prosit Roy, stay true to the content on paper. It is quite visible that the two are not trying to overdo or go beyond what’s needed. Everything is subtle and understated, which is best. While being subtle, suspense, action, twists, emotions never take a backseat. Be it a father dreaming big for his son, a wife waiting for her husband, another wife trying to hold together her failing marriage and a serial killer and his loyalty and love for dogs. Everything touches where it should.

Paatal Lok is blessed with a cast that looks like they aren’t actors but people documenting their lives. Jaideep Ahlawat and Abhishek Banerjee no longer need any validation. The latter legit acts with his eyes with no concrete dialogue throughout the show, and he nails it. Ahlawat brings his body language to work and wears Hathi Ram as a shirt. Special mention to Ishwak Singh, who broke the stereotypes and showed a cop who is soft-hearted and not the ones we have been fed for ages. Neeraj Kabi, Aasif Khan, Niharika Dutt, Gul Panag get their parts right. 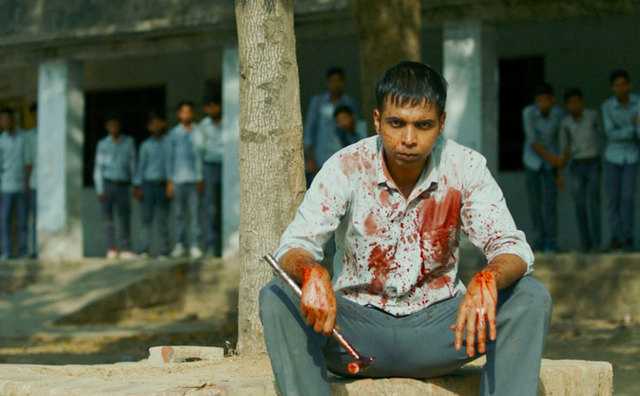 Paatal Lok is brutal, not just in terms of violence on screen but the idea of it. This isn’t a problem, let me clear that first, I am in for it. But for some people, this might be too shattering. (Also, if you are unversed Sudip Sharma has NH10 to his credit, this is his USP. And this time he has outdone himself, count this point in what’s good if you love violence dramas)

The women in the show majorly Gul and Swastika don’t get much to do. The characters are sketched beautifully, but they don’t go even a note ahead from the man they are placed around. Also, Gul Panag loses her dialect twice and sounds fluent in English, which I guess she is not supposed to.

WATCH! WATCH! WATCH! You don’t get great content every day. Paatal Lok is the perfect biryani with no elaichi in it. Watch it for the metaphors, the messaging. If not that, there’s massive adrenaline rush waiting for you. Binge right away. Also, I didn’t give a single spoiler, drop your love in the comments section!