Potluck Review: An Impressive Slice Of Life Drama That Focuses On The Dynamics Of Nuclear Families

Potluck Review: What’s It About:

The concept of family in our culture is even going ahead of the popular nuclear setup and the dynamics are fast changing. Potluck is about a man trying to keep his family together. He decides that his family will meet for a potluck dinner every week, but the way he convinces everyone is where he goes wrong. Watch the show to see what happens. 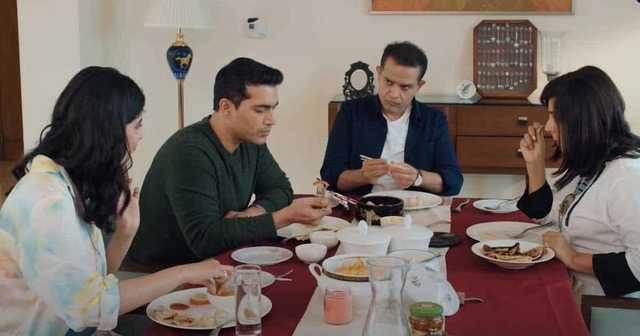 Mumbai Diaries 26/11 Review: Mohit Raina & Konkona Sen Sharma Lead Us Through A Traumatising Fictional Account Of A War Fought Away From The War Family values and the constitution to them has seen numerous amendments to them. Take the portrayal of families in cinema for instance. From Sooraj Barajtya’s always happy joint family, to Baghban’s over emotional division, to the imperfections within a nuclear family in Kapoor, we have indeed come a long way. Potluck takes us inside one such elite family that comes on one table to have dinner and the chaos happens.

Writers Ashwin Lakshmi Narayan, Gaurav Lulla, and Bharat Misra in Potluck create a grid and in each box stays one section of a big joint family. Every section have their own set of conflicts, struggles and redemption. But all of them are held together by the father who is greedy enough to fake a heart attack so his kids could agree for a family dinner every weekend. 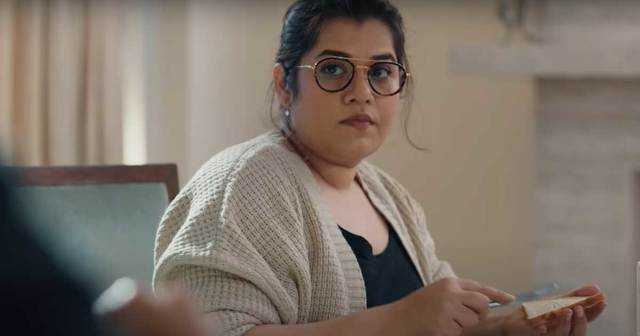 Potluck at the base is about a father trying to build a happy long-lasting relationship with his kids and their families, but if you scratch below the surface it is also an ode to the greys in all the relationships. The imperfections that define every member and the misbalance between them even if they try with all force to keep things on track.

What also wins in Potluck is the approach towards the characters. There’s a wife who doesn’t know cooking, but is pro at her professional career. Her husband a vivid cook covers up for her. Another is grappling with three kids and her job while the husband arrives to meet the needs. A woman (Shikha) is finding herself a partner and doesn’t shy away from being bold enough to say what she wants. She has the authority and the man she meets is the subtle one in the relationship. Power dynamics aren’t predefined and that is the beauty.

Potluck has characters that are ones we know. Of course they belong to the elite, but haven’t we come way past that conversation? Jatin Sial becomes the father who tries to update himself with time. He wants to be a friend to his kids more than a dad. But he isn’t one of those supremely righteous man, rather he feeling if lying brings them closer, there is no harm.

Cyrus Sahukar becomes the elder brother with a baggage. He has the responsibility to be the sane human amid the chaos and the actor manages to impress in the part. Supporting him is Ira Dubey who grabbed my attention the most. She is a working mother stuck between job and kids.

Shikha Talsania plays the daughter who is figuring out life. The actor can now cake walk through such characters and make them look effortless.

Potluck does take a dip midway. Considering the family keeps meeting at multiple potlucks, it becomes repetitive soon. With each passing potluck, I felt the next might get a bit intense with a lot more substantial exchange of words, but it remains the same all the time.

I also expected the women in this universe were explored a bit more.

It is a light-hearted drama that needs to be consumed with the family. Portrayal of families in the visual medium always grabs our attention because we look for ourselves in it. You can watch Potluck on Sony LIV. 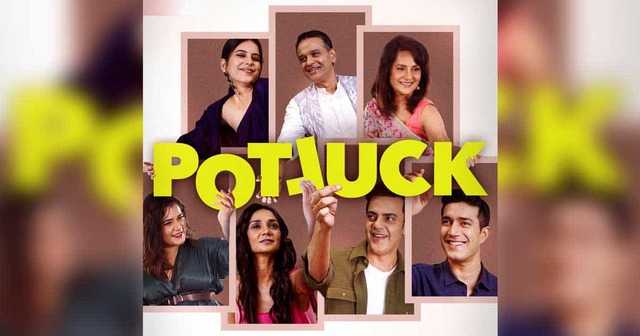 Must Read: Money Heist Season 5 Part 1 Review: Now It’s Only About Survival & Tokyo Unleashing Madness With Professor In The Bank Of Spain

The post Potluck Review: An Impressive Slice Of Life Drama That Focuses On The Dynamics Of Nuclear Families appeared first on Koimoi.