What’s Good: Everything that comes with a perfect war drama & Vicky Kaushal

What’s Bad: This will be subjectively based on how patient you could be for the first 90 minutes, post that it’s not looking back!

Loo Break: There’ll be a problem if you don’t take one because the runtime is 162 minutes!

Watch or Not?: It joins the golden league of Lakshya, The Legend Of Bhagat Singh for me. The choice is yours!

The film welcomes the viewers with some known trivia of the infamous 1919 Jallianwala Bagh massacre, which in a way is Sircar’s intentional way of putting “this is all you must be knowing about the incident, wait let me show things you wouldn’t have even imagined in your wildest dreams.” Panning the storyline from 1919 to 1940, Sircar does the honour of introducing the story of a revolutionary whose act was termed as ‘insanity’ by Mahatma Gandhi and the British wanted to get rid of him for the revengeful rebellion he brought with himself.

For the unversed, over a thousand men, women & children were shot dead by Reginald Dyer (Andrew Havill) on 13th April 1919 in Jallianwala Bagh on the orders of Michael O’Dwyer who was the Lieutenant Governor of Punjab back then. Many historians believed this incident was the ‘this is it’ moment of India as a country. 1931 saw British Government in India releasing Sher Singh (one of many aliases of Sardar Udham Singh), 5 years after he was arrested for possessing seditious material and illegal arms. During his sentence (and even before that), Sardar Udham treated Bhagat Singh (played by Amol Parashar) as his ‘guru’ following his ideology of attaining freedom.

Bhagat Singh, Sukhdev & Rajguru were hanged by Brits in the same year Sardar Udham was released from jail. With an already-grown rage of the Jallianwala Bagh massacre, now Udham had nowhere left to go so he decided to move to England where he slyly worked for Michael O’Dwyer (Shaun Scott) eventually assassinating him. The story majorly highlights the details of what happened to Sardar Udham after he was arrested for Dwyer’s murder, and why he took 21 years to take his revenge. 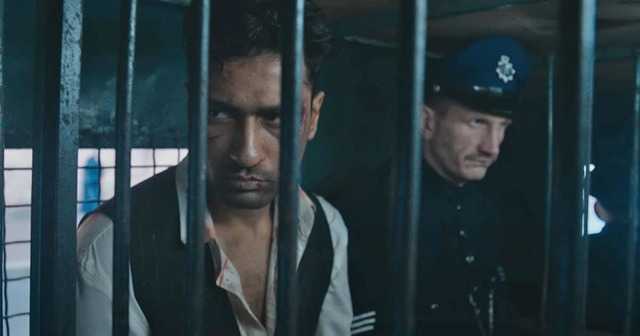 Udham Singh is described as “a man born with so little, who wanted to be so much more” by Anita Anand in her book ‘The Patient Assassin’ based on the martyr’s life. Sircar’s first attempt at the period genre is not just a detailed one but it suffuses curiously penned drama in every phase of the film. With this film, Sircar creates a niche for himself because we as an industry haven’t seen a war drama like this before & I’ll add a logical explanation as to why I’m making such a bold statement.

Much like Shaheed Bhagat Singh, we here deal with the story of an individual who was hanged by the British Government for his fight for freedom. Even though Udham considered Bhagat Singh as his guru and they both welcomed death in the same way, Sircar focuses on the stark differences they both had in walking the path towards it. Udham Singh laid low for 21 years before killing Dwyer & one of the three major phases of this movie showcases what took him so long to pull the trigger. It raises an important question of why Udham Singh didn’t make it to the freedom-fighting stories we have heard/told as Bhagat Singh did? It took 34 years (hanged in 1940) for us, as a country, to even gather his mortal remains (received in 1974) from the UK.

Shubhendu Bhattacharya, Ritesh Shah’s screenplay flourishes in the last hour of the film which resides as a lump in your throat designing one of the most heartbreaking, gut-wrenching sequences in the history of cinema. The Jallianwala Bagh massacre sequence evinces Avik Mukhopadhyay’s visually unblemished cinematography. From climbing over a hill of dead bodies, humans crumbling humans, the struggle of being alive amid the barbarous firing by Dyer & his team, Mukhopadhyay’s camera coupled with Bhattacharya, Shah’s screenplay transfers the pain from the past to you.

It throws you in the middle of that anarchic Baisakhi morning where over a thousand (British reported just 379 deaths to avoid bad press) of our countrymen lost their lives because they decided to protest for their freedom.

Dear Vicky Kaushal, Irrfan would be so proud to watch you put everything for depicting this character. For the puzzled minds, Sircar’s first choice for the character was Irrfan. Many would argue Uri being the high point Vicky deserved in his career but Sardar Udham takes his peak a level up. Vicky extensively lives three stages of Udham Singh’s life, from a 20-year-old reacting to the biggest tragedy of his life to a 40-year-old orchestrating his final goodbye after achieving his life goal. He perfects delivering the ‘smile of satisfaction’ after killing Dwyer, bluntly spitting out facts at the Central Criminal Court & many such character-defining traits.

In a fleeting role, Banita Sandhu plays Sardar Udham Singh’s ‘comfort in chaos’ exceptionally well. Without any dialogue, Sandhu speaks in volume to Udham & not cross a single line. Shaun Scott as Michael O’Dwyer adds to the wickedness of the character. Sircar also mentions the angle of Dyer subtly doubting himself for being the face behind the tragedy & Andrew Havill manages to impress with the same. 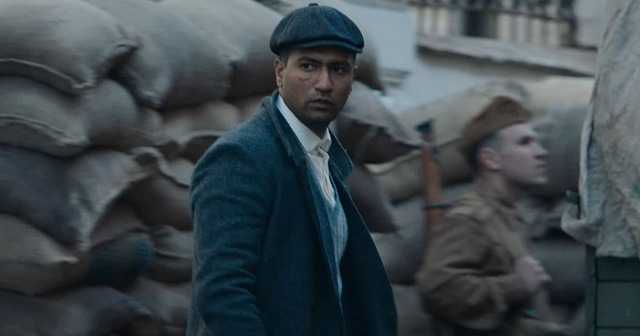 There are many myths around whether or not Udham Singh was really at Jallianwala Bagh when the tragedy took place. Shoojit Sircar paints the most grievous scenario of what it would’ve been, as Udham Singh filters out those who are still alive from the sea of dead bodies to save them whilst looking for his lady love. Ritesh Shah’s dialogues such as “Ek wahi bass apni thi, phir sab apne ho gaye” (At first, only she was mine but suddenly everyone was) leave a stunning impact without going overboard.

Shantanu Moitra’s uninterrupted background score shines in the second half for obvious reasons you’ll realise after watching. Thankfully, there’s not a single song making it a tougher feat to achieve for Moitra (and he does).

All said and done, Shoojit Sircar makes a poignant point by plotting a heroic tale without making it just about the hero, focusing on his ideology of destroying imperialism to attain freedom using his ways. It not just informs you about a tragedy but also gives you a closure that is neither Black nor White.

Share with us your experience of watching Sardar Udham. 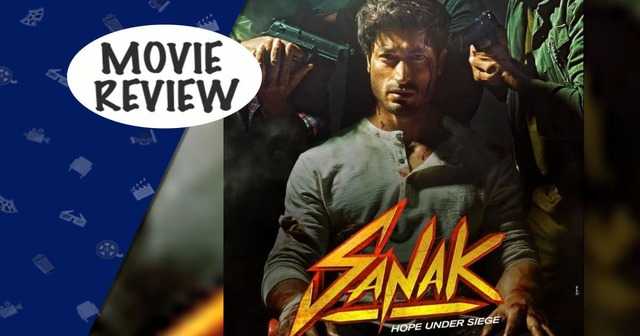 Shiddat Movie Review: Sunny Kaushal Does It All To Become The Charming Bollywood Lover Only To Be Ditched By Weak Execution

Must Read: Bhoot Police Movie Review: ‘If You’ve Got It, Haunt It’ & Saif Ali Khan Does The Same!