Sarileru Neekevvaru Review: Mahesh Babu Wins Our Heart In The Film That Is Confused About Which Story It Wants To Tell

Sarileru Neekevvaru Review: Mahesh Babu Wins Our Heart In The Film That Is Confused About Which Story It Wants To Tell

What’s Good: With Sarileru Neekevvaru, fans get the old version of their loved superstar, Mahesh Babu, back. The actor has one of the most mesmerizing charms in the South film industry and he knows how to use it pretty well. The film has an impressive sense of humour attached to it too.

What’s Bad: Director Anil Ravipudi in Sarileru Neekevvaru tries to tell too many stories at the same time leaving us confused about which one are we supposed to root for. Also, the script for the film is paper-thin. Let’s analyze!

Loo Break: You might be tempted to take a few when the film escalates roughly despite not wanting too because of Mahesh Babu’s most innocent smile. But you will eventually end up taking a loo break.

Watch or Not?: Strictly for Mahesh Babu fans or if you have no plans.

A righteous college professor Bharathi (Vijayashanthi) is a mother to two sons, both in the Indian Army. While one is already martyred, an operation led by Ajay (Mahesh Babu) leads to the death of other as well. The responsibility to inform the martyr’s family and settle them down in taken by Ajay. The soldier come to Bharati’s vacant and destroyed home just to see that she has been harassed by a Minister (Prakash Raj) because she stood against his illegal actions.

The film revolves around how a proud Army Officer saves the day for Bharathi, while he tries to kill the evil in the heads of the corrupts. 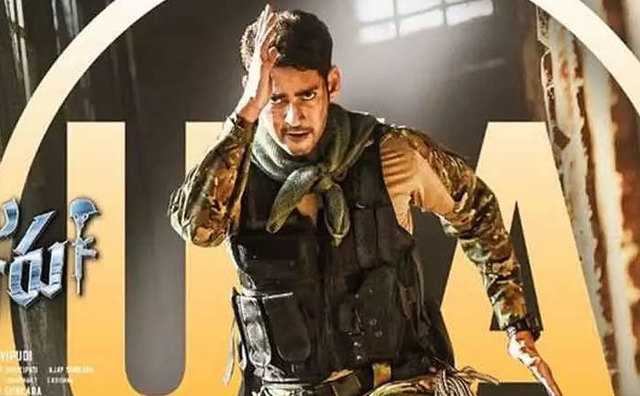 As said, the script seems to be paper thin. The film begins in the beautiful valley of Kashmir as the Indian Army led by a ‘not even a single move can go wrong’ Ajay conducts a sudden hit operation. The operation leads to a soldier hitting his death bed and we see Ajay leaving for his home town.

The screenplay now suddenly gives us Radhika, who’s character has just one layer, that of shouting when she sees Mahesh. This storyline is focused on for a brief span of time, only to forget it completely till the end where it comes back for hardly 5 minutes.

Then we see the whole episode where Ajay fights the corrupt politicians and saves the day for Bharathi. This part occupies almost 60% of the screenplay. Now my question to the makers is, is abruptly jumping from one storyline to other a cinematic experiment? If yes, which story out of the three are we supposed to root for or concentrate on if the universe they are set in are stark different?

The very same point never NEVER lets the film to look like one. The end product looks like a compilation of disjointed scenes. While the respective stories are emotional, funny, intriguing, together they are confusing as what to feel.

Considering this is the first time, Director Anil is working with a star as big as Mahesh, it shows in his portrayal. Anil tries hard to incorporate as much as he can in the introduction shot itself. There is a lot happening in the beginning, where Mahesh marinating himself in the character turns out to be a saving grace.

Let’s all welcome the good old Mahesh Babu once again. The actor after a long time is seen in such a role and we must say it feels home. Mahesh though has taken a lot of efforts, lookslike he is cakewalking through it. He is cocky, cracking mean jokes, giving speeches, fighting 100 men together without even getting a scratch. The Mahesh of yore is back and we are not complaining.

Actress Vijayashanthi gets one of the best characters. Playing Bharathi, the actress gets a very wide range to play in. Her emotion right in place, and dialogue delivery just as needed make her performance worth watching.

Prakash Raj yet again playing the funny yet scary villain can now aces such parts in his sleep and he deserves credit for it. But I would want to see him experimenting more.

Radhika is also there, well she is just there. Wooed by Mahesh’s charm, her only moto is to marry him and scream when she sees him. When will a huge chunk of filmmakers in the south start treating the female characters with the same conviction as they treat the men. While we are seeing films like Mahanati, Baahubalior Uyare coming out, where women headline the screenplay. Films like SarileruNeekevvaru are just taking the conversation a step back.

Special mention to actress Sangeetha, who plays Radhika’s mother and gets the best punchlines and comic scenes in the script. Also, she rules them completely.

Direction by Anil shouts mass and there is no denying he succeeds to an extent. The film could have been at least 20 mins shorter if not the lengthy climax and a random dance number. The pressure on Anil is quite visible as he tries to incorporate everything which kind of makes the plate look too full and defeats the purpose.

Music by Devi Sri Prasad is peppy and okay. The only impressive piece is the title track that hits the right chords.

A must watch if you are a Mahesh Babu fan. If not, watch if you have no plans for the weekend. Enjoy the drama, Mahesh’s return and a few good performance as mentioned above.

Share with us your experience of watching Sarileru Neekevvaru.

The post Sarileru Neekevvaru Review: Mahesh Babu Wins Our Heart In The Film That Is Confused About Which Story It Wants To Tell appeared first on Koimoi.