Dark humour married to crime thrillers is a blend of the content we Indians have rigorously approached now. Thanks to films like Kaalakandi, Andhadhun and a few others, have made us aware about the genre. Sunflower tries to find a spot in the same list, and at a point, looks too desperate for it. But does it finally achieve that? Well, I have too many questions. Let’s ask them one by one. 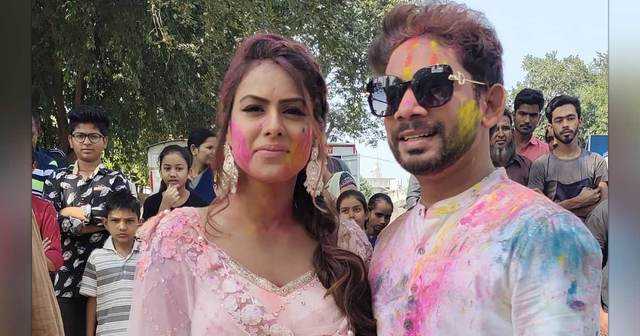 Nia Sharma’s Co-Star Kamal Kumar Goes Down On His Knees To Propose & Her Reaction Was Unmissable! 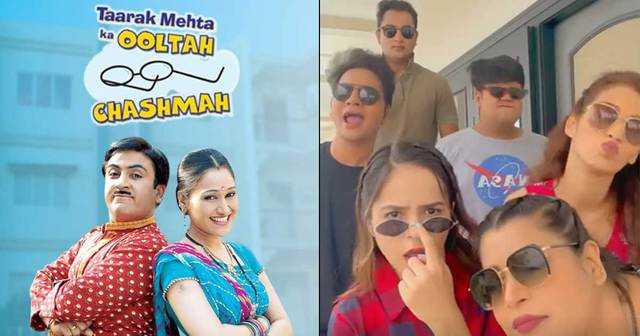 Sunflower Review: What’s It About:

A society named Sunflower that has the most eccentric members living in it becomes a jigsaw puzzle when suddenly a man named Raj Kapoor is killed. While we know who the culprit is, the people on screen don’t, and Sonu Singh (Sunil Grover) becomes the prime suspect in the case. Will the real culprit be caught is the mystery we are supposed to hook to. Also, why does a cosmetic company put pink creepy spotlights in their washrooms, where a giant-sized poster reads something to the effect of ‘this is where shit happens’? I told you I have questions. 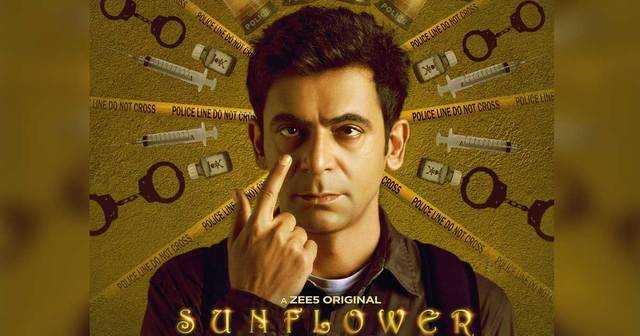 Vikas Bahl’s head is a bedroom where Rapunzel and HIM from Powerpuff Girls stay together. Worse, they have kids who have inherited qualities from both. It’s extravagant and over the top. Subtlety isn’t a virtue he holds, at least when it comes to presentation on screen. And till a point, it does help the narration style he follows. But there is a flip side to it too, about that later.

With Sunflower, Vikas takes the Shaandaar route of narrating this story in the beginning. Everyone stays in houses that seem to be on a complete different planer altogether, at least the leads. Exaggerated versions of people, someone quickly commits a crime, another falls in the trap, a clueless clumsy ends up having a bad day. No one from the writer to the directors waste time in setting up the universe for episodes to come. We get into the business directly, and that works considering the mystery needs to be intact.

You see Vikas Bahl taking special efforts in building these characters that are on the verge of being declared abnormal. Everyone gets layers and stories to support the madness they possess. To talk about at grass root level, take the affair between the Watchman and the house help, so much meat in such limited screen-time. In a bigger context, take Mukul Chadda, who plays a PHD professor. He is the embodiment of all the evils a person should not be. He is orthodox, violent, dual-faced, patriarchal, and to top it all loves to make his wife praise him while they get intimate in bed. Narcissistic.

On that note, there is Sunil Grover too. In my honest opinion, it will take Sunil some more time to break the mould that his act as various funny characters in Comedy Night With Kapil has put him in. But he is trying his best, and that is commendable. He shines in the moments where the camera demands innocence, and he gives that effortlessly. Girish Kulkarni and Ranvir Shorey are their amazing selves, and there is no lousy bone there.

A big shout out to a scene in episode 1, where two ward boys sit by a dead body and sip their tea while talking about a ghost in their village. What a scene, how amazing execution!

Efforts, similarly, are visible in the direction too. Vikas and Rahul Sengupta make sure that you are served a grid, like the ones we enjoyed solving as kids. Colourful, but viciously blocking at the same time. DOPs Ravendra Singh Bhadauria and Sudhakar Reddy add the needed masala to the mix, and make it better.

Now, I know it isn’t as plain and on the surface as it looks. The title Sunflower in itself stands for a more profound metaphor. For me, it seems like pollination. Pollination of evidences and characters that happens throughout the episodes. I get it that you are making a wider universe to add meat. I even understand the eccentricity is needed, because one cannot imagine people like you and me doing all of this. At least not being noob enough to be bothered about the placement of dustbins in a public place.

What I cannot understand is what exactly are we supposed to place our bets on? There are too many things happening parallel to each other, waiting to intersect. But when they do, they fail to create any spark, that would want me to cheer for it. Take Sunil Grover’s Sonu for instance. A man who is probably an OCD patient with a weird zest to be the first in everything, he is a loner, and borderline mentally unstable too. So what am I to make of him? Am I expected to look at him as a person too naive, a comic character or a man battling some disorder?

While on that, why do we need to address social stigmas in all the projects, even if blending them in the man plot will do no good to anything? A building committee, possibly the worst any society can get, gathers in the society gym every morning and Interview people who want to acquire an apartment in the building. Don’t these people have jobs? These idiots everyday reject people because they are either divorced, or are Muslims, or transgender or singles or worse, they do creative jobs. I am never getting an apartment in Sunflower it seems. Not that I want to stay there.

There is an out of the blue Akshay Kumar reference (read dig), an abrupt music composer duo Ajay Atul cameo, a side story of a girl who wants to be a singer, that hints to what awaits in season 2. But why?

Also the set design. Sorry for reminding Shaandaar again, but it was almost a fairy take. Sunflower is a crime drama. If you build sets like one straight out of a Barbie film, it will only kill the experience. While the whole world looks normal outside Sunflower, inside the houses it seems like OTT was the one line description given to design the houses. 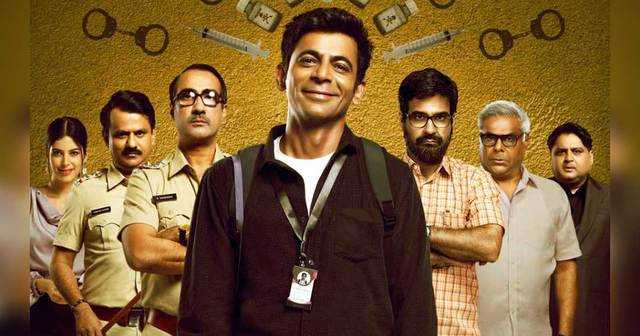 Sunflower tried to be an edgy drama set in the universe of Dark comedies, but falls flat in its own loopholes. There are amazing actors but that isn’t enough to make it a fun watch.