Sunny Movie Review: Jayasurya Reflects The Loneliness Of Isolation In The Post Pandemic World With Finesse

What’s Good: while a majority of the industries are struggling to find a way through the pandemic, Malayalam cinema is making movies about it and telling stories that resonate with and entertains the audience.

What’s Bad: I get to say this for a very few films. I wish it was at least 15 minutes longer.

Loo Break: it’s equivalent to a Sherlock episode, this is not even a question.

Watch or Not?: You must. Very few filmmakers have dared to translate the post-pandemic world on screen. This is definitely an experiment you must not miss.

The world is battling a pandemic and a man named Sunny comes back to India from Dubai under suspicious circumstances. Abiding the new guidelines he has to isolate himself for a week away from his home. He chooses the Hyatt Hotel. What happens in the following week, how he copes up with the stress of loneliness while thinking about his crashing world outside the hotel is the story. There is not a single thing on Earth that has not been affected by the pandemic that took the world by storm. Be it our lifestyle, relationships and the ways to maintain them, for that matter even our food habits have all been changed or amended in some or the other way. Only Malayalam cinema so far has dared to translate the post-pandemic world on the screen twice. First with the scintillating Macbeth retelling Joji starring Fahadh Faasil and the other Jayasurya’s Sunny.

It’s very tricky ground. We are still evolving through the phase that has put us all to test. So Sunny writer Ranjith Sankar chooses a very limited period to design his story that is in itself a huge challenge. A man in isolation is rapidly sinking in his own demons and is on the verge of giving up. All that we have seen of him is after he landed in India and has possibly been a part of a scam in Dubai. Rest all are the layers Sankar’s writing reveals in the next 93 minutes. Also, he is in isolation, so just 4 walls. Do I still need to explain the challenge?

Sunny is a movie where everything is interconnected. No department can leave a void that will be covered up by the other. What has to be precise is the detailing of the universe. And Sankar with his team does that to the tee. Forget the basic precautions being reflected on screen, he even emphasises on the anxiety that the ‘Fight Coronavirus’ caller tunes have given us in the past one year. There is an acknowledgement to the stress, the fight to stay alone in a room for weeks and on top of that the urge to have a human connection for you amid all this.

While fighting the virus, he also acknowledged the personal struggles. Sunny, the titular character has his Battles. He is almost left with no one to fall back on. An estranged marriage, backstabbed by friends and with no possible relatives insight, he is left alone in the world and the loneliness is multiplied 100 times when he is kept in the isolation. He looks back at his existence and contemplates living. To give him hope Sankar plants characters around him. A taxi driver who first hints at the scam in Sunny’s life, the cop who comes ahead to help Sunny, a psychologist who forms a father bond with the man and woman also in isolation who becomes his friend but even she doesn’t meet him face to face.

Everything is precise and to the point because of the crisp runtime. Sunny crave to see a human without his face covered and you can feel that instant. But in my opinion, the runtime in itself becomes the biggest villain. Of course, we get the whole angle of his estranged marriage (I won’t spoil), but the scam, why don’t we get to know about it in detail. Everyone is suspicious of Sunny as he books an isolation suit in Hyatt, where did that money come from? Maybe more 15 minutes and a deeper explanation might have done wonders. 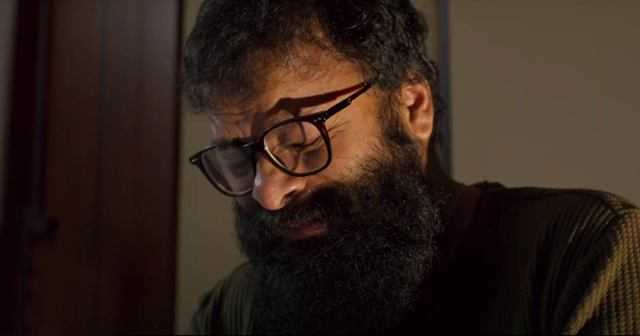 Jayasurya deserves all the credit for even taking up this part. Imagine being the only human in the frame for every single second, where all your co-stars are nothing but the voices of several other actors. Haunting right? The man does that like he is used to it. He isn’t ashamed of flaunting his curves and some extra kilos. There is a sense of relatability to him and you can instantly see yourself in him.

He is convoluted even in the opening shot almost on the boundary of being announced as a maniac. He burns his passport, you all. So you know what I am talking about. He is suicidal, but also afraid, he accepts he was infidel but also throws mantrums. But he is also vulnerable to form a bond over the phone and cry for them when they go through pain. This is a character you can do a case study in a psychology class, and Jayasurya plays him as he knows him. 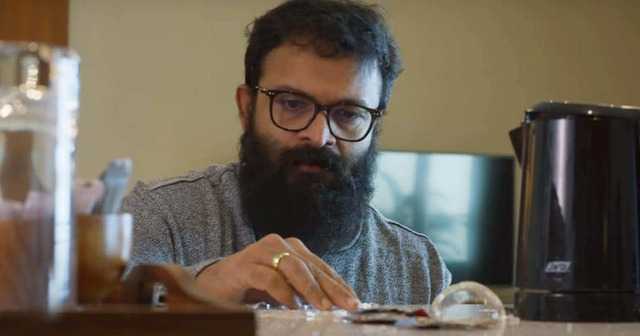 Ranjith Sankar thankfully does not go the extra mile in exaggerating the post-pandemic world on the screen. He keeps things as subtle as they are in the real world. The catharsis is inside Sunny and the world only sees him like any other man checking into Hyatt for isolation. That is a victory. The fact that he is the writer as well works in his favour. He translates what’s on paper because he is the one who has shaped it in the first place.

I wish the camera would have been a bit more experimental. Closed places call for some creativity. Take Rajkummar Rao’s Hindi film Trapped for example. The background music elevates the feel and helps in a complete movie watching experience.

As said a very few have dared to do this and we must appreciate them to be the torchbearers. Anything that comes after them has been shown the path by the predecessors. Jayasurya is a treat of an actor and deserves to get a whole lot of appreciation for Sunny. 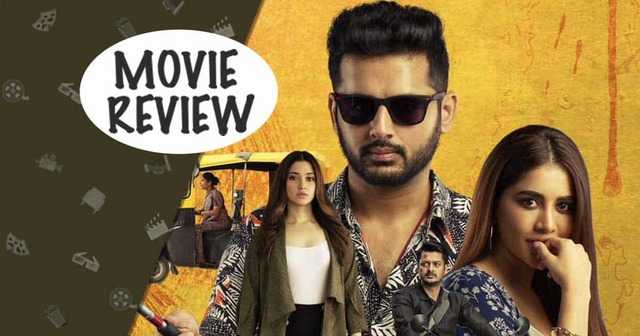 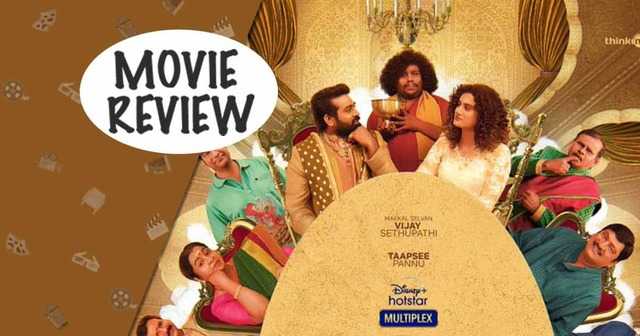 Annabelle Sethupathi Movie Review: Even Vijay Sethupathi & Taapsee Pannu Cannot Save Us From The ‘Horror’ Of Watching This Comedy

The post Sunny Movie Review: Jayasurya Reflects The Loneliness Of Isolation In The Post Pandemic World With Finesse appeared first on Koimoi.