Tenet New Trailer Review: Christopher Nolan Is Back With A Film That Will Demand Repeat Viewings

Koimoi
22nd May, 2020 12:31 IST
Tenet New Trailer Review: Christopher Nolan Is Back With A Film That Will Demand Repeat Viewings

Tenet New Trailer Review: Christopher Nolan’s fascination with time travel and mind is known to everyone. And honestly, we love him for the way he makes us watch his films multiple times. It’s not easy to understand a Nolan film and you understand more every time you watch it. For cinema lovers, that’s also a kind of enlightenment only!

The new trailer of Christopher Nolan’s upcoming Tenet is out now. Back in December when the first trailer of the film dropped, everyone was hooked to it and couldn’t wait for July 17 to come and the film to hit the cinemas. However, the pandemic arrived as the bad news and left people wondering if the film will make it to cinemas on time. Some even feared that it may not release directly on OTT. The happiest fact about the Tenet’s new Trailer which dropped today is the official confirmation that the film will hit the cinemas only and on the earlier decided date.

The 3 min approx new trailer of Tenet shows little more than what the first one did but it has the power to leave you totally awestruck. Nolan’s hero John David Washington is on a big mission i.e to save humanity from World War III and he is accompanied by Robert Pattinson. Together they go on a mind-bending journey of time travel to save the world. 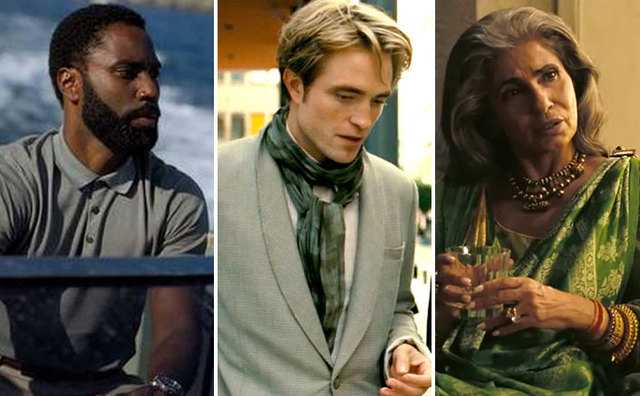 The trailer has ample amounts of moments and shots that will make you hit the pause button and take a breath. You’ll see time being reversed and our hero trying to help the world by observing the future. Also, Dimple Kapadia is there in a blink and miss appearance but her one powerful dialogue in the trailer is enough to promise that she has a substantial role in the film.

Overall, we’ve seen many sci-fi thrillers but Nolan’s films are always special. After watching the new trailer of Tenet we know that it will be special as well. What do you think?

The post Tenet New Trailer Review: Christopher Nolan Is Back With A Film That Will Demand Repeat Viewings appeared first on Koimoi.