The Wheel Of Time Review: Rosamund Pike Starrer Has Too Less To Offer In Return Of The Time & Attention It Demands

The Wheel Of Time Review: What’s It About:

In the lands far away, the emergence has began as the dark arises again. The key is now grown up and both the good ant evil are behind it. Magic exists here but not everyone can access it access the ladies of Aes Sedai. Moiraine (Pike) is out to find the same key and is on the task to not let the darkness take over the world as the Wheel Of Time spins.

The Wheel Of Time Review: What Works:

The Wheel Of Time is visual adaptation of the book series by the same name written by author Robert Jordan. I haven’t read the books, so my analysis will be purely on what the visual adaptation has to offer. The basic idea around the show is about a ‘wheel’ that turns, turning the history with it. When a circuit is complete, the souls that were once gone come back to existence.

What stands out for me in The Wheel Of Time is the fact that women have the agency. Jordan and then taken ahead by Rafe Judkins, create female characters that are varied and definitely not damsels in distress. Unlike all other fantasy dramas set in the ages of yore, where men led battles and women were used to weaken them or give an emotional touch, The Wheel Of Time gives the same women the authority. The story says men went mad with power, and only women could live up to its strength.

Unlike the predecessors who took seasons to set up the universe, The Wheel Of Time gets straight into the business. Now this has pros as well as cons. Let’s talk about the pros in this section. I got 6 episodes from the first season for the review. The fact that we were straight to the business, was a quick entry to the Universe. Honestly, Game Of Thrones and Lord Of The Rings has definitely prepared us for many fantasy dramas to come. Rosamund Pike plays the Gandalf like matriarch Moiraine. The actor does have a range and the command to hold you with the eyes, but when you have seen similar figure for years, you cannot settle for mediocrity. Pike who is also the producer manages to build intrigue with the secrets she hides, but that is too little a return to the 6-hour investment.

Money Heist’s Professor Álvaro Morte becomes the man who fakes to be a pivotal part of the scheme of things. While the shift in the tone between two completely opposite characters is commendable, he doesn’t get to do much. He is established as a man who cannot be defeated but is defeated quite quickly and the broth remains uncooked again.

The character that stands out the most is Nynaeve played by Zoë Robins. The only character on the show written completely three dimensional and you can imagine the world for her even when not told to you. Robins with her strong demeanour, time and again showing hints of vulnerability does justice to this character and becomes one of the best aspects of the show. Others including Marcus Rutherford, Barney Harris get some good parts but not shaped at par with Zoë’s.

The Wheel Of Time Review: What Doesn’t Work:

Google says The Wheel Of Time times books, which are 14 in the series with some additional supplements that were published between the mains started their run in 1990. Much before that in 1954, J R R Tolkien had already given the world one of the most prolific fantasy drama (say with me with base in your voice) Lord Of The Rings. So while that turned out to be a bible for what followed, its influence on Jordan’s work is too heavy.

The opening sequence which I spoke about earlier too, also seems like picked up. Even the trajectory like the Hobbits and how the village folks are chosen to end the monster seems very similar. And just when it decides to go a bit away from Tolkien’s reflection, The Wheel Of Time soon brushes shoulders with George RR Martin’s Game Of Thrones. One show in the recent times to have managed to stay away from both having a unique identity is The Witcher.

If that wasn’t enough to make it a forgettable ride, the writers forget to give layers to their characters. I know there are more seasons, but wasn’t this supposed to be the pilot to a massive show? If I am not invested enough in the pilot, how can you expect me to join you for an entire journey? All in all there is a very little excitement in return to a big time investment. If you decided to get in, go with zero expectations. Rosamund is good but that isn’t enough to make it an epic show.

Only Murders In The Building Review: Selena Gomez, Martin Short & Steve Martin’s Whodunnit Is The Most Hilarious Mystery You Will Solve This Year 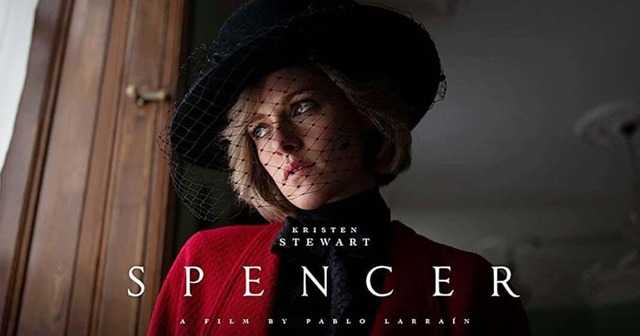 The post The Wheel Of Time Review: Rosamund Pike Starrer Has Too Less To Offer In Return Of The Time & Attention It Demands appeared first on Koimoi.