Runtime: 8 episodes with around 40 minutes each. 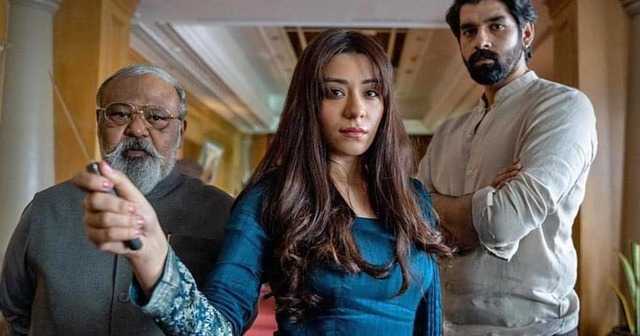 Two star crossed lovers Vikrant (Tahir) & Shikha (Shweta) meet in the lawless town of Onkara. In this place, the powerful run the show and everyone else is either a submissive audience or dead. In this land where crime shines, Vikrant hopes to build a small life with his lady love. Little does he know that the daughter of the gangster (read politician) Purva (Anchal) craves him and can go to any extent to get him. This is where things go wrong and lives are flipped upside down.

Love stories set in the heartland of India with lawlessness haunting them is a dynamic not many can successfully crack. The Shakespearean love and the fact that tragedy always goes hand in hand is not an easy thing to translate on-screen. Only a few filmmakers including Vishal Bharadwaj, Sanjay Leela Bhansali, and Abhishek Chaubey have managed to do it.

But to my surprise, Siddharth Sengupta understands the tragedy of the English writer and his idea of destructive love. Remember when Omkara (Othello) went mad and killed Dolly (Desdemona)? That moment is where Bharadwaj won and achieving it is a feat. Sengupta manages to do just that, not with death but with the set-up. He manages to build a base so interesting that every dark fate that will follow has to hit you right in the gut.

Yeh Kaali Kaali Ankhein is a tricky tale. There’s a man with headstrong goals and about to come of age too brutally, there is a naive yet sharp lover who motivates him to achieve that goal, and there is a seductress who only wants the boy no matter what, a gangster father who will make the Sun rise at dusk for his daughter. Only two things can be cultivated out of this dynamic, either a Shakespeare’s tragedy or Indian daily soap opera. Sengupta cultivates the former.

The show is narrated by its protagonist who is in a hideout and busted. He says a lady was a reason for his destruction. And begins the story. In this fictional town of Onkara, set somewhere on the bank of Ganga, this boy is dreaming of a bright future with a girl of his choice. But does he really have a choice? A very few times do stories put men in the position of having to move as per the woman’s order. Tahir’s Vikrant in the Netflix show becomes a trophy. The writing doesn’t make this a metaphorical point but one that is visible right in front.

It is coming of age for Vikrant, but does it happen correctly? The headstrong, non-harmful, cheery boy is put into a circle of criminals. The mill keeps working and crushing him until he becomes like them. In the end he wants to keep his love alive. The narrative shows how destructive love is for this lover and the surrounding just multiplies his madness. He becomes the person he always hated.

There are a few imaginary scenes that show what is going on in Vikrant’s head. The imagination is crazy as it always kills someone, always more brutally than the last time. It is also a window into what he is becoming.

The cinematography in Yeh Kaali Kaali Ankhein by Murzy Pagdiwala, Rahul Chauhan, and Murli Krishna is impressive. The scale for art design is higher than the trailer makes you expect. There is a scene where two groups fight in an open field. Visually stunning. The music also plays a major part and the album is impressive. The title track is so catchy that I have been humming it ever since. 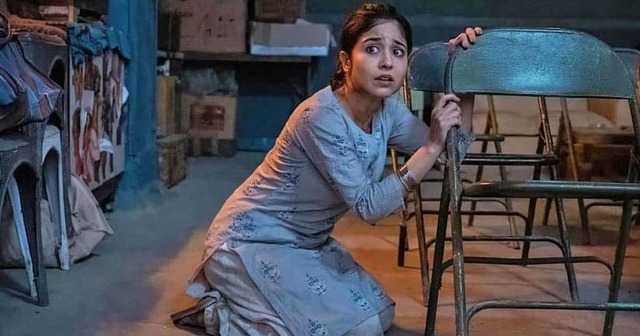 Tahir Raj Bhasin is literally everywhere. In theatres with 83, on Voot with Ranjish Hi Sahi, on Netflix with Yeh Kaali Kaali Ankhein and Looop Lapeta trailer. And he deserves to be there. The actor has the capability to handle an entire show on his back. As a character that see a 180-degree transformation, there are a lot of expectations from him, and he doesn’t disappoint. Watch out for the scenes he is helpless in, the man knows his craft and how!

You can put Shweta Tripathi somewhere in the background of a heartland story and she will still shine. She is made for this landscape and even in a limited role she makes herself visible. There is a unique cuteness and ease in her screen presence and she knows how to use it. There is strength too and it does come out when needed. More of Shweta Tripathi and heartland stories please.

Anchal Singh gets to play the most complex part. She is a normal girl from an influential family, but around Vikrant, she is a seductress. She knows nothing but her crazy love for him. She is one of those characters who would never get her hands dirty, but watch people getting killed on her orders. Myopic. Anchal does bring the gravitas needed. But something about the setup around her seems off and deserved to be enhanced more.

Saurabh Shukla and Brijendra Kalra are actors who don’t need any validation to prove they are the best in their game. Everyone else including Anant Joshi, Surya Sharma and others contribute nicely with their parts to make the show better.

The second half of the show dips and never rises up completely. Because even the climax leaves you with a sense of incompletion (not in a good way). While the entire plan Vikrant curates makes sense in the crazy scheme of things, the inclusion of Dark Web makes it weaker somewhere. It looks like an outer world element infiltrating this fictional town created by Siddharth and team.

The climax doesn’t sit right for me. Of course it is an open end to make way for season 2 if it happens. But it is too open, even an army tanker can pass. Probably closing it more was a better option. It is more “why is it so incomplete” than “oh there is more, let’s wait”.

Destructive love, or junooni pyaar if done right is the most intriguing fodder to my conflict loving heart. Yeh Kaali Kaali Ankhein gets the dynamic of a tragic love story perfect. Tahir Raj Bhasin, Shweta Tripathi & Anchal Singh elevate it all. Of course a few loopholes, but still worth the watch. 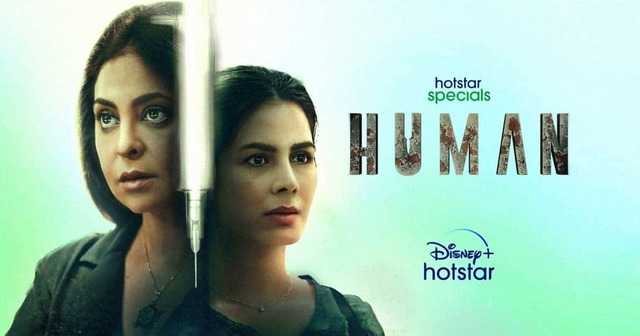 Human Review: Shefali Shah Starrer Is A Haunting Yet Fascinating Tale About The Unexplored Underbelly Of The Medical System 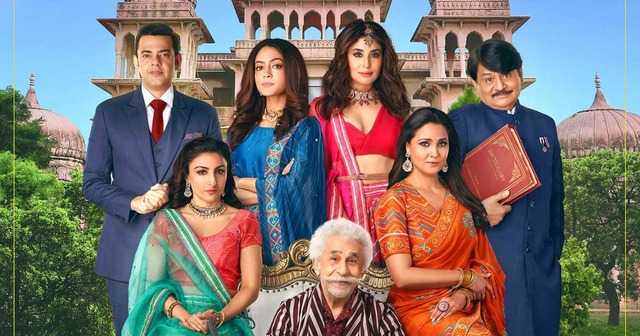 Must Read: Aranyak Review: Raveena Tandon’s Netflix Shows Tries To Say A Lot But Ends Up Being Bland