Goddess Saraswati is one of the trinity devi or Tridevi of Saraswati, Lakshmi and Parvati. She is the goddess of learning, knowledge, music and wisdom, The goddess Saraswati depicted as a beautiful woman with Veena and Peacock.

There are very few temples of goddess Saraswati in India and in some regions, she is part of the Devi Mahatmya mythology Mahakali, Mahalakshmi and Mahasaraswati.

Gnana Saraswati Temple at Basar of Telangana is one of the two most famous Saraswati temples in India, located on the banks of Godavari river. Saraswathi Devi Sakthipeeth is situated near the Line of Control in Kashmir. The abandoned temple is known as Sharada Peeth and one of the 18 Maha Shakti Peetha in India. 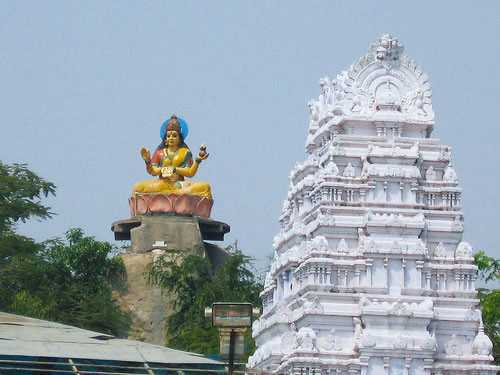 Panachikkadu Temple in Kottayam is the most prominent Saraswati temples in Kerala, also known as the Dakshana Mookambika.

Saraswathi Temple at Koothanur is the only temple dedicated to goddess Saraswathy in Tamilnadu, located near to Kumbakonam in the village of Koothanoor.