Topping the list of favourite weekend getaways for a lot of people is the city of Mysore. More than a destination with a couple of tourist spots, Mysore has a lot of things going for it – the melt-in-the-mouth Mysore Pak, the special Mysore Masala dosa, Mysore paintings and silk, and, of course, the wonderful Mysore Dasara Festival. Add to that the itinerary of some of the best places to visit in Mysore, and you have a plan in place for the perfect break from everyday life.

Also known as the City of Palaces, there is no doubt that Mysore is quite a flamboyant place, a fact backed by a treasure of places to visit in Mysore. There are, of course, several places to visit near Mysore as well, but if you are headed out to the city and plan to indulge in some sightseeing in Mysore, here is a list of some of the best tourist spots in Mysore that you can add to your itinerary and visit on your trip: 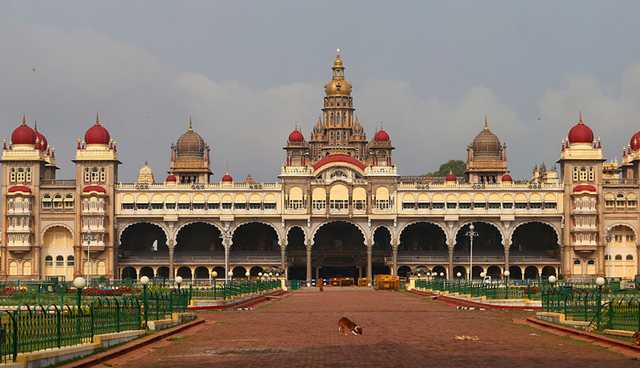 If your Mysore tour package doesn’t take you to the famous Mysore Palace, you should ask for a full refund! This palace is the perfect showcase of the grandeur and opulence of times long gone. Mysore Palace was originally the residence for the rulers of the Wodeyar dynasty, who had ruled the city for seven centuries. One of the most popular places to visit in Mysore, the palace is counted among the largest in India and receives more than 2.7 million visitors in a year.

What makes the palace count among the best places to visit in Mysore is the brilliant architecture and intricate craftsmanship that it showcases. The palace has several large halls, pavilions, and shrines from old times, which offer visitors a glimpse into the past of the City of Palaces. While the palace is resplendent in its pride throughout the year, it is during the Dasara Festival that it turns into a transcendent sight. Illuminated by thousands of light-bulbs, the palace turns into a spectacular Mysore tourist spot that can leave you captivated. 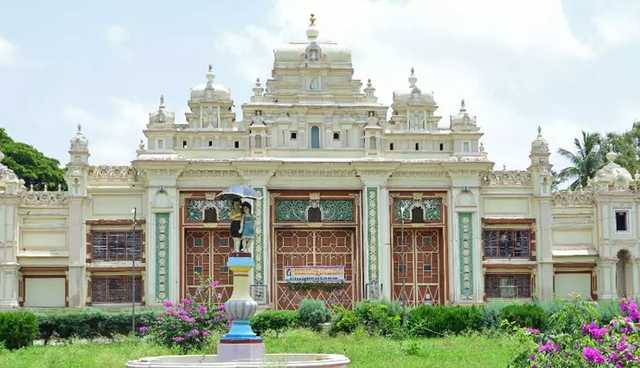 Undoubtedly one of the best places to visit in Mysore, Jaganmohan Palace is another one of the palaces that was originally built as a residence for the royal family. However, in later times, the palace was converted into an art gallery. If you are out for some sightseeing in Mysore, you simply cannot miss out on a trip to Jaganmohan Palace. The gallery that the palace has been converted into is home to a huge number of valuable artifacts and artwork from the southern part of India. Some famous artwork done by well-known Indian artists that you can check out here includes Raja Ravi Verma’s oil paintings and the “Lady and the Lamp” by SG Heldnkr. The art gallery also features intricate masterpieces and antiques for you to take a gander at. 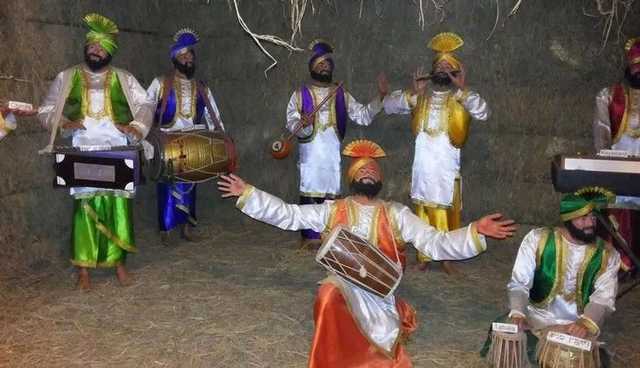 Could you ever imagine the connection between music and wax figurines? Head out to the Melody World Wax Museum at Siddhartha Layout, a rather well-known place to visit in Mysore, and you will.

Counted as the third-largest art museum in India, Melody World is a one-of-its-kind establishment. As you may be able to tell by the name, the main attraction of this place is the fact that it showcases a collection of more than a hundred statues made of wax, as well as more than three hundred musical instruments.

The instruments that are showcased at the Melody World Wax Museum are a tribute to the famous artists from all over the world and cover a huge number of musical genres like Pop, Jazz, Tribal, Chinese, Bhangra, Punjabi, Rock, and Hip Hop. 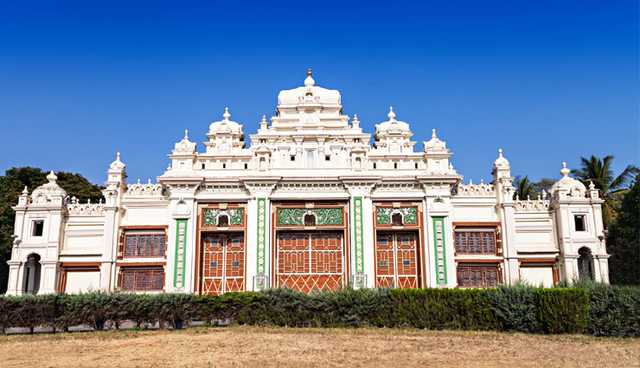 The Folklore Museum is one of the best places to visit in Mysore and is rather famous among tourists and travellers. The biggest reason behind the Folklore Museum being one of the most popular places to visit in Mysore is that the museum is a treasure trove of information about the rich heritage and culture of Mysore. Sightseeing tours of the museum are a popular activity among tourists. The museum is a part of the Mysore University and is home to some of the most elaborate collections of rare products and articles from the city’s history as well as of traditional folk art.

If you want to witness the most sprawling depictions of the folk art of the city, then the Folklore Museum is one of the best tourist spots in Mysore! 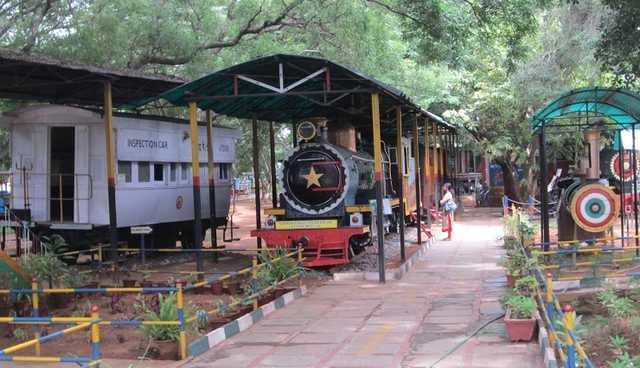 The Railway Museum in Mysore is the second-largest in India, right after the one in Delhi. As a mini-train takes the visitors on an interesting ride through the museum premises, you can gaze at the initial locomotives and steam engines that are on display here. Among the top places to visit in Mysore, the Railway Museum also has a section that displays luxury travels that were undertaken by the royal dynasties of the city. This section consists of dining rooms, a kitchen, and even the royal toilet. If you are travelling with kids, then this is one of the best places to visit in Mysore as it mixes fun with education, making for one amazing tourist destination. 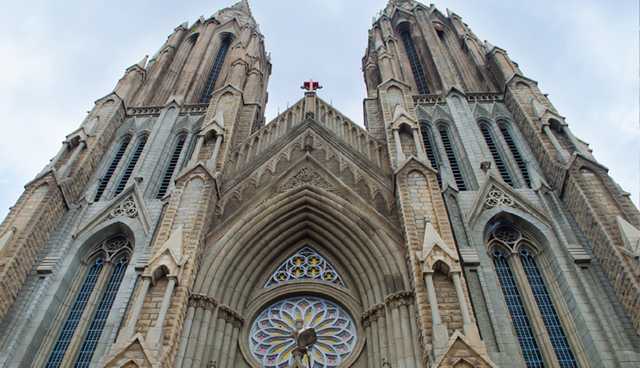 Most of the places that you can visit near Mysore as well as within the city are all about grand architecture. One of these places that you cannot miss out on is the St. Philomena Church. One of the largest cathedrals of South Asia, the church is built in a Gothic style with a construction plan that was laid out very thoughtfully.

The floor plan of the church is in the shape of the Holy Cross and the basement is home to catacombs, right below the main altar. Whether you are devout or not, St. Philomena Church is an attraction that you should not miss out on. 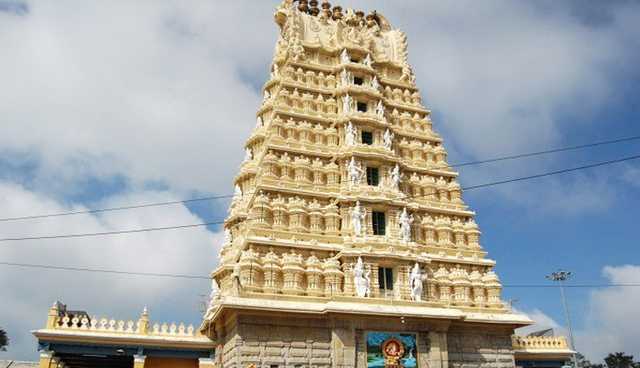 Chamundi Hills are included among the most picturesque places to visit near Mysore. Located at a distance of about 13 km from Mysore, the hills are home to a very beautifully sculptured temple called the Chamundeshwari Temple. To reach here, you will have to climb a flight of 1000 steps. Trust us, the climb may be demanding, but it is completely worth it when you get to witness the unique architecture of the temple, showcasing its 7-tier gopuram with 7 golden kalash at the top. The temple is a handcrafted masterpiece dedicated to Goddess Durga, depicting her with Ashta Bhuja, or 8 hands. 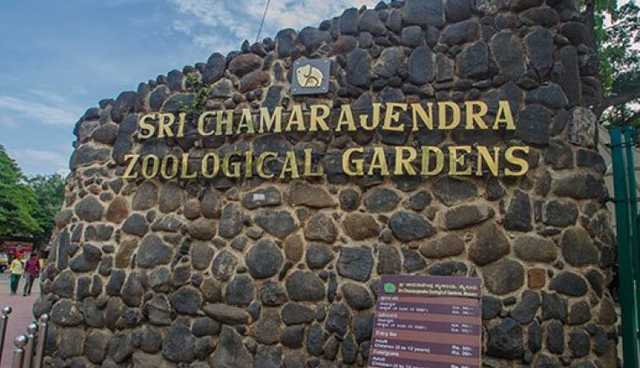 Sri Chamarajendra Zoological Gardens, popularly known as the Mysore Zoo, were established in 1892 and is one of the popular places to visit in Mysore for people of all ages. The zoo covers an area of 78 acres and is home to a number of exotic animals that were acquired from foreign zoos, apart from housing animals that are found in India. While the zoo is a great place to visit for anyone, if you are travelling with kids, this is a place that they’ll really enjoy. 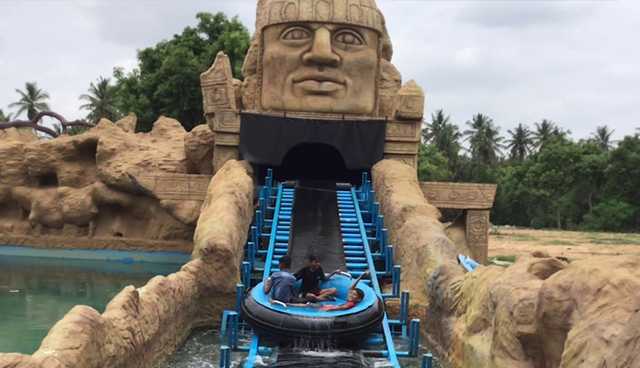 If you’re looking for a place to visit in Mysore for conventional fun, the GRS Fantasy Park is where you should be. This is an amusement and water park in Mysore and is a great place to visit with friends as well as with kids and family. The park has a lot of fun rides that you can enjoy for a day well spent, as it has different kinds of rides for families and kids! During the summers, GRS Fantasy Park is bliss. 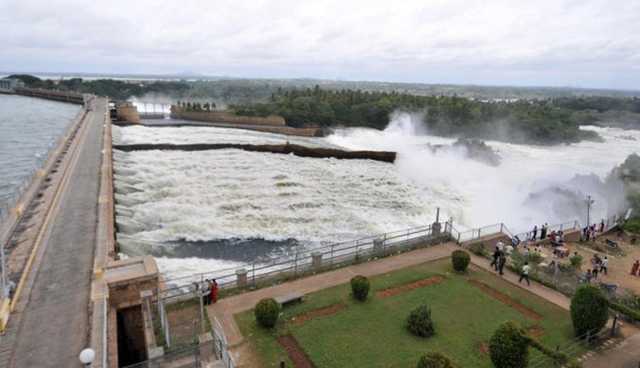 Built over river Kaveri, this is one of the most famous dams in the South of India. It should take you approximately 30 minutes travelling by car to reach the KRS dam, so it is an easy destination to explore if you are in Mysore. There is also a garden at the dam, which is lit up during later hours and makes for a very relaxing place to be at during the evening. The garden also has a musical fountain, which only adds to the overall ambience of relaxation.