Witnessing the northern lights is a transformational bucket-list experience that many people wait years even a lifetime. December through March is usually the best time to observe this elusive natural phenomenon.

The aurora borealis, better known as Northern Lights, is one of the most mesmerising phenomenon of nature. Your best chance for seeing these spectacular sweeps of colour is on clear, dark nights in the fall, winter or early spring. While visibility of this beautiful dance of lights depends on the weather and other conditions, however location is of ultimate importance.

The best places in the world are usually closer to the Arctic Circle. The dazzling display of Northern Lights is best experienced at one of these destinations:

This Norwegian city is slightly north of the Arctic Circle.The largest urban area in northern Norway is 217 miles north of the Arctic Circle, but thanks to the Gulf Stream the coastline has surprisingly moderate temperatures. It also has beautiful scenery, magnificent fjords, and the Lyngen Alps.Optimum viewing times in Trosmo are usually between October and mid-March. A visit to Trosmo in January gives you the opportunity to participate inthe annual Northern Lights Festival, when townspeople and tourists celebrate with live music, special outdoor activities and other fun events. 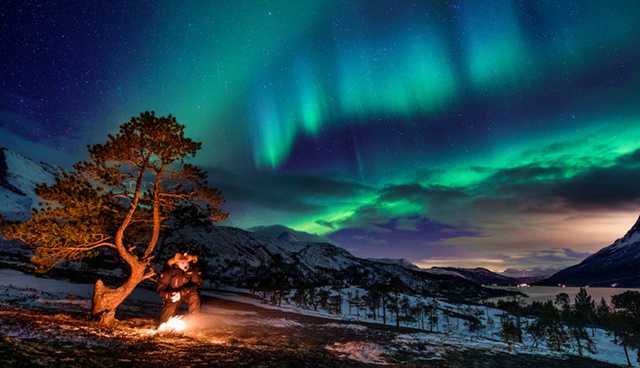 Fairbanks sits in the auroral oval, a ring-shaped area around the North Pole, and it’s one of the best places in the world to see the lights. They're often visible from August to May, becoming more intense between 10 p.m. and 2 a.m.Located just two degrees below the Arctic near international airport and close to the impressive Denali National Park, Fairbanks is the best place in the U.S. to take in the northern lights. Many locations offer guided tours to see the aurora borealis, or you can simply book lodgings and venture out over the course of several nights when you're trying to spot them.

Iceland can give you an out-of-the-world experience even without the northern lights.Both the latitude and longitude of the country favour aurora viewing. August through April and into very early May are prime times to experience Iceland’s pink, purple and green northern lights. To enhance your chances of seeing them, check the forecast before you go. Look for the lights from one of two villas at Marta House, in Selfoss, near Reykajvik.In the winter, watch for the northern lights from Viking Cottage, overlooking the bay in Akureyi. You can also see the midnight sun here, during the summer season. 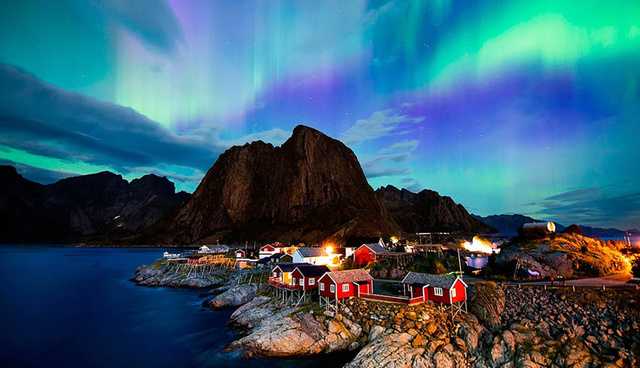 This Northwest Territories capital on the shores of Great Slave Lake boasts its own Aurora Village and special activities for northern lights tourism. Canada is an aurora viewing paradise, thanks to its northern latitude and low light pollution; elsewhere in the country, Wood Buffalo and Jasper National Park are popular viewing spots. For Wood Buffalo, the best time to view the Northern lights is early August to early May.

Sweden’s northernmost town of Kiruna is a gateway for nearby attractions but that’s not all! A short drive from the town takes you to a good spot for aurora viewing. Although the weather is much more stable than in Norway, but brace yourselves because it is also colder. In Finland’s Lapland region, you can spot frozen snow-covered trees called Tykky sculptures along with the northern lights during the winters.