5 Historical Places To Visit in Kerala

The lush South Indian state of Kerala is primarily known for its pristine natural beauty and spiritualistic ambience, hiding in its store a plethora of beautiful and majestic temples giving it the nickname of ‘God’s own Country’. Not many know that this gorgeous state has been a major contributor to India’s rich culture and history. Reigned by a number of local Dravidian dynasties and foreign colonial powers during different periods in the bygone times, no wonder, this cultural state today, is a treasure trove of architectural monuments, heritage sites and some magnificent historical forts & palaces. These age-old structures speak of many fascinating tales of Kerala’s charming past, drawing countless history fanatics, archaeology buffs and art & architecture enthusiasts from all across the globe. If you are also amongst those who tend to be smitten by the beauty and history of the ancient buildings and monuments, a trip to Kerala is definitely a must for you. And if you want to have a brief insight into which historical places to include in your itineraries, here is a consolidated list of 5 top Kerala’s historical sites, only for you.

Also commonly called as the ‘Paradesi Synagogue’ or ‘Mattancherry Synagogue’, the ‘Jewish Synagogue’ located in the small neighbourhood of Mattencherry in Old Cochin, dates back to 1568 and was built by the community of Paradesi Jews who once inhabited the Jew Town area in Kerala during the olden times. The only functional synagogue of the total seven synagogues belonging to the Cochin’s Paradesi Jewish community, its exquisite architecture and splendid interiors decorated with glass chandeliers and vintage lamps, grab your immediate attention as soon as you step inside the abbey; the synagogue’s floor constructed with hand-painted blue willow tiles, specially imported from China in 18th century further adds to its artistic grandeur that never fails to impress its visitors. 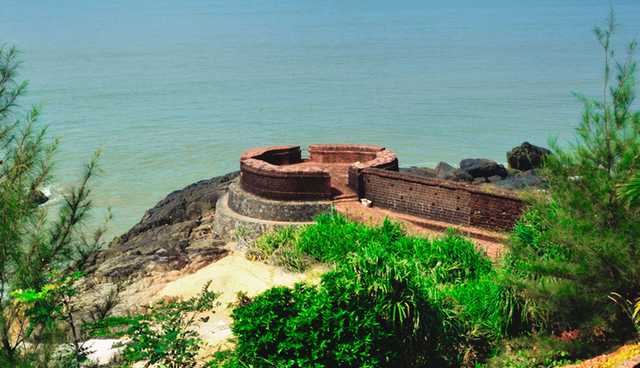 Commonly referred to as ‘Mattencherry Palace’, the ‘Dutch Palace’ stands close to the ‘Jewish Synagogue’ in Jew Town area of Mattencherry neighbourhood and makes for yet another significant historical sightseeing places in Kerala. The Dutch Palace was originally built by the Portuguese in 1557 which they later gifted to the king of Cochin not only as a compensation for their dreadful act of devastating a Hindu temple in the region but, also as a bribe for establishing trade relations with the kingdom. In 1663, the palace was taken over by the Dutch who greatly revamped and improvised its structure. That is the reason, the Dutch Palace is today, more popularly known as the ‘Dutch Palace’. With its simple white exteriors beautifully complementing the lush greenery and tall coconut trees that fringe the area, the palace is truly a sight to behold from inside; as soon as you step in the palace, you are flabbergasted to witness some breath-taking murals etched on its walls, depicting mythological scenes from Hindu epics of Ramayana, Mahabharata and other Puranic legends. And yes! These murals are counted amongst the best of their kind in India.

Snuggled on the shores of the tropical Malabar Coast, ‘Fort Kochi’, the historic centre of the modern day Cochin city, is by far the most important historical places to visit in Kerala. Steeped in rich antiquity and dotted with scores of crumbling buildings and monuments that reminisce of the Dutch, Portuguese and British colonial raj in the country during bygone times, it is a place worth setting out on foot, listening to those intriguing yet ‘never-heard-before’ tales of the past. As you venture on a tour of this once ‘melting hot-pot of cultures’ in South India, pause for a moment and marvel on the captivating vistas of the ‘Chinese Fishing Nets’ that precariously hang over the wooden cantilevers lined along the beach of this old town. Standing tall in their lustrous glory as a proud symbol of Kerala’s colonial legacy, these nets look even more surreal against the backdrop of the setting sun; no wonder, they are one of the most photographed attractions here and can be seen ornamenting official picture postcards and postal stamps of the state. 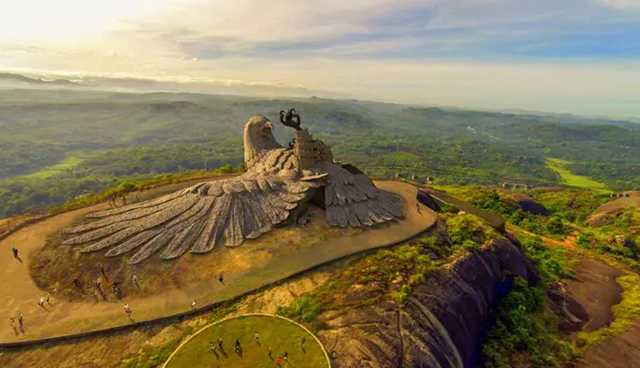 Built in 1503, ‘St. Francis Church’ holds the status of being the oldest European church in India. One of the most historically significant places in Kerala, which once stood as a quiet spectator to the struggle of different European colonial powers in the Indian subcontinent, the St. Francis Church today, attracts countless visitors from across the globe. The architecture of this ancient church, though not very artistic and modern, still manages to grab all the admiration by the visitors; the stained glass windows and gorgeous porticoes flanked with stepped pinnacle just add to its old world charm. What further draws the attention of many, is its antique collection of hand-operated cloth fans that are till date, worked upon manually with ropes on either side. Besides all that, what marks for the most important highlight of this church is its association with Vasco da Gama, the first Portuguese trader and voyager who landed on the Indian soil; the St. Francis Church is popular as the resting ground of this famous explorer who was buried here in 1524. Even though his mortal remains were sent back to Portugal 14 years later, the burial place still attracts many curious travellers from parts of the world.

Built in early 18th century by the British East India Company in small town of Thalassery in Kannur district of Kerala, the ‘Thalassery Fort’ stands as an imposing structure with massive walls, strong bastions and grandiose doors embellished with elaborate carvings. A testament to impressive engineering skills of the then British engineers and designers, the fort encloses a number of secretive tunnels and underground chambers that once served as hiding burrows for the defeated British military personnel. Sitting on a rocky cliff right on the edge of the beautiful Malabar Coast and flanked by lush gardens, it provides for an ideal ambience to get some taste of regional history and heritage. You can either go for leisurely walks along the fort’s expansive ramparts and revel yourselves in some panoramic views of the turquoise sea or just relax and spend a laid-back time in its well-manicured lawns. And needless to say, before all the recreational stuff, taking a tour of the fort is an absolute must; as you go around the fortified walls, you are sure to be intrigued with many interesting stories associated with it; be it the imprisonment of the army of Mysore ruler, Hyder Ali or strategizing the capture of Pazhassi Raja, a great Indian freedom fighter popularly known as the ‘Lion of Kerala’, the fort has stood as a silent witness to many conspiracies planned by the British officials in the past to had their controls secured over the Malabar region.