With a will in the heart to save the natural tranquility of these wildlife animals, Kanha National Park was created in 1955. Spreading greenery over the area of 940 km2 Kanha National Park has its imprints over Balaghat and Mandla. Being the largest National Park in Madhya Pradesh, it mothers not just the big wild cats, leopards, barasingha but a huge variety of avifauna making their way through the sky. When in Madhya Pradesh, Kanha is indeed a place to quench your thirst for an unforgettable trip, as the place not only allows one to have a thrilling experience of witnessing it rich wildlife but also enjoying several other activities that it is replete with. Check out some of the best things to do in Kanha National Park in our blog right here! Start your journey between the cool months of October to March as that’s the best time to visit Kanha National Park.

Catch a glimpse of the furry wild cats, gaurs, blazing black deer, and many more species as you drift through the dense forest of Kanha National Park. Dwell in with the animals by wearing neutral colours for the safari as you drive slowly in your open jeep. The Jeep Safari in Kanha National Park can be enjoyed twice a day for a specified time which neither disturbs the animals on odd hours nor does it lessen your possibility to spot the wild beings. Stay cautious and aware of what is happening in the Safari because if lucky you might sight a ‘barasingha’ which is found only here. 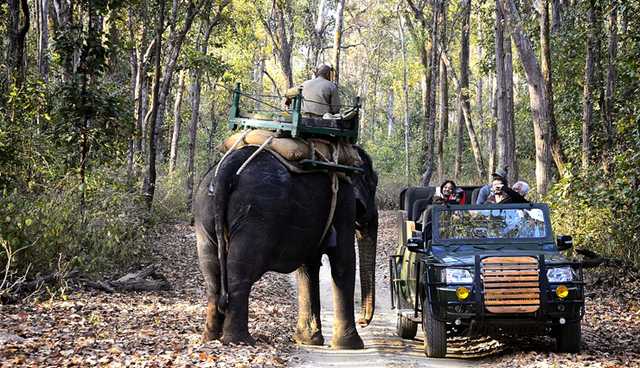 See colours merge in the wide sky from Bamni Dadar. Counted as one of the most attractive spots of the National Park, Bamni Dadar is 275m above Kanha and hence you would surely be awestruck by the beauty the sunset from this height beholds. Take out that camera and capture animals like Gaur, Samba, Barking Deer and the Four Horned Antelope or let the place capture you with its beauty.

* Splurge on the Local Craft

Hunt through the local market around the Kanha National Park where you can find a variety of handicrafts especially curated by skilled craftsmen. Not only will you find traditionally inherited goods like woodworks being sold here but also a vibrant variety of t-shirts available here. The local markets are as high-spirited as the people residing around, the warmth that runs through their heart can be seen by the way they greet the visitors, so go splurge! 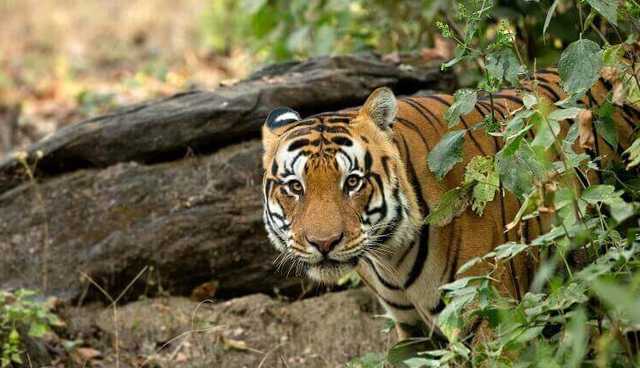 With a milieu that would fetch in people who have interest in animal history and love, photography is the best way Kanha Museum can be described. As you make your way through the gallery, you will come across the beautifully sculpted structures of the species, which would surely give you the real effect! Photographs and every minute detail from how the struggle for the conservation of the flora and fauna, shaping up of the National Park, to topographic information, all of it is represented in the museum. Maintained with optimum care by the Forest Department of Madhya Pradesh, the museum adds up to the beauty of the National Park.

* Beauty of the Kawardha Palace

Yellow lights and glimmering sky from dusk to dawn, add up to the beauty of the ravishing Kawardha Palace here, near Raipur in Chhattisgarh. Located at a distance of 91.6 km away from the National Park, it’s worth travelling those extras kilometres to witness the white beaut. The palace built in 1930, covered with 11 acres of gorgeous greenery and exquisiteness is still owned by the Royal Kawardha family. What attracts the tourist to the palace is the alluring architecture with intricate details and the skyscraping Darbar Hall with a decorous dome where you will find most of the people unwind, preferably in the winter season. Apart from this, there is a setup of a bar, lounge, and library where you can relish the rich royal treatment.