6 Must Visit Tourist Attractions in Kanyakumari

Situated at the confluence of three oceans -Bay of Bengal, Arabian Sea and the Indian Ocean, Kanyakumari is popularly known as ‘The Land of 3 Seas’. It is one of the most charming coastal towns of Tamil Nadu that lies at the southernmost tip of India. With a number of attractions of Kanyakumari, it beckons the travellers with an ethereal beauty, tranquil vibes and undeniable serenity.

With a geographically perfect peninsular location, this famous tourist place in India is where one can revel in enchanting sunsets, culinary delights, hanging on beaches, amazing experiences and full moon nights. Kanyakumari is just a perfect destination for all! 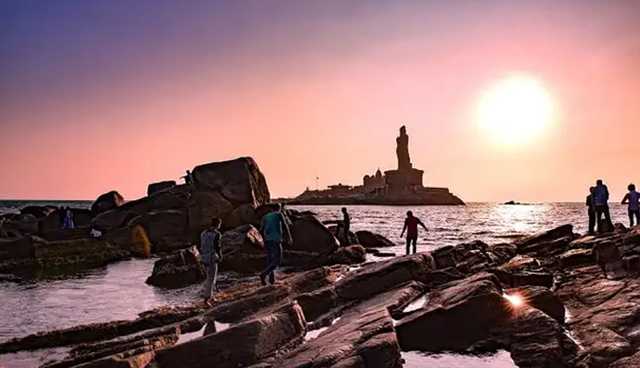 Located at the confluence of 3 oceans, Kanyakumari beach lies at the southernmost tip of India and visiting this special tourist place of Kanyakumari in itself is a resplendent feeling. Besides, the stunning beach is famous for its spectacular vista of sunrise and sunset. Being the meeting point of three oceans, the tides at the beach are high and turbulent but that is not deterring enough as the geographical positioning is a high point for all the travellers. The golden sand and shimmering water draw a perfect backdrop for pictures which makes it score some extra numbers in unmatched beauty. So grab your camcorder to capture some brilliant shots at Kanyakumari Beach. Kanyakumari is famous around the world for its most enchanting sunset and sunrise and what could be a better spot than Sunset View Point. Witness the Sun melting down in the horizon from the Sunset View Point which is reckoned as one of the topmost attractions of Kanyakumari. Apart from the spectacular view of sunrise and sunset at the confluence of three water bodies, one can savour the tranquil vibes of this serenading spot which is thronged by photographers and tourists from all over the world. If you are searching for the most scenic places for your next photoshoot, count on this spot where you will find picture-perfect backdrops. 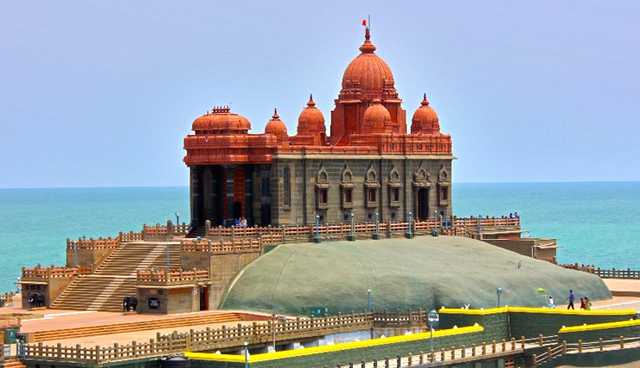 Built-in the memory of the great religious reformer, Swami Vivekananda, Vivekananda Rock Memorial is one of the top attractions of Kanyakumari that must be on your bucket list. Comprising two main structures -the Vivekananda Mandapam and the Shripada Mandapam, this historical monument in Kanyakumari is an architectural wonder which is approximately 500 meters away from the mainland. The life-size statue of Swami Vivekananda is the most attractive feature of the memorial which was inaugurated in 1970. Besides its historical value, the place holds great religious significance as it is believed to be the spot where the great reformer of India was blessed by Goddess Durga right before he left for Chicago to attend the World Religious Conference. Also, it is the place where Goddess Kanya Kumari performed penance and left behind the marks of her pious feet which can be seen on the rock even today. 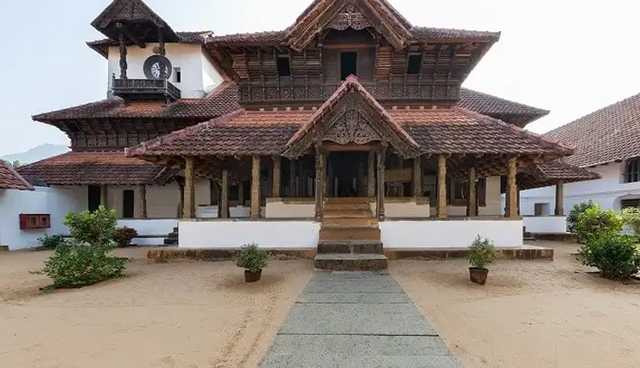 One of the must-visit historical places in Kanyakumari, Padmanabhapuram Palace is reckoned to be a treasure from the Travancore era which was built in 1601 AD by Iravi Varma Kulasekhara Perumal. Despite this heritage site being seated at the foothills of Velli that comes under Tamil Nadu, the Palace is maintained by the Government of Kerala. Boasting the grandeur of Kerala architecture, the Palace of Travancore Royal Family houses Council chamber, Durbar Hall, Queen’s Palace, Goddess Saraswati’s Shrine, Lord Krishna’s paintings, Secret passages, Royal chairs, Murals from the 17th & 18th century and many other attractions that makes it worth visiting. 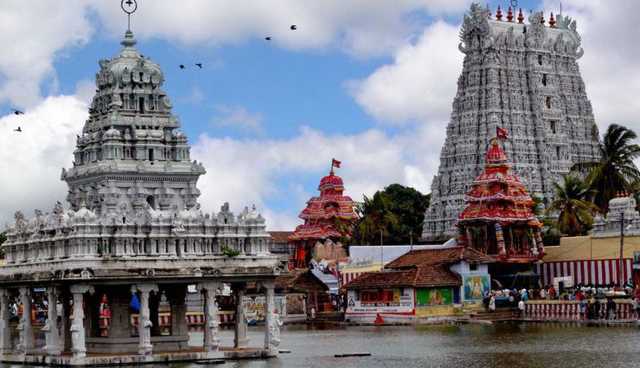 One of the most revered temples in Kanyakumari, Thanumalayan Temple is one of the attractions for travellers who love to delve into the religious aspect of the place. The presiding deity of the temple is Sthanumalayan who represents Trinity. This beautiful temple is popular for its typical Dravidian style of architecture and the single form of Lord Shiva, Lord Vishnu and Lord Brahma -Sthanumalayan. Apart from its religious significance, Thanumalayan Temple has the status of the greatest tourist attractions in Kanyakumari. A 133 ft tall stone sculpture of the greatest Tamil poet and philosopher, Valluvar is one of the must-visit tourist attractions of Kanyakumari. Opened to the public in 2000, the Thiruvalluvar Statue stands on a three-tier pedestal that is etched with 38 chapters of Thirukkural which was the first book written by the poet, Thiruvalluvar. Despite its massive dimensions and weight of 7000 tons, the statue was swallowed by the tidal turbulence during the Tsunami in 2004 but the statue was restored to its original glory as it is considered to be the landmark of Kanyakumari.