A major police search is under way after a British professor went missing by the Atacama Desert in Chile seven days ago, with his family saying they are "deeply concerned".

Thomas Marsh, an astrophysicist at the University of Warwick, was last seen near the astronomical observatory La Silla.

The 61-year-old, from Rugby, was out on an "observing run" on the outskirts of the Atacama Desert when he disappeared.

He was last spoken to on the morning of Friday, September 16, and has not been seen since.

It is understood Prof Marsh, who is described as a "keen walker", was wearing a blue rain jacket, walking boots and a grey woollen hat.

A major police operation has been launched after he was reported missing.

His family said: "We are deeply concerned for Tom and miss him, and would ask anyone who may any have information on his whereabouts to please help."

Prof Marsh's daughter, Tabitha, posted a photo of her father on Instagram and begged members of the public come forward with information.

Tabitha, who works as an artist and illustrator, posted: "This is my dad. He's been missing in Chile since the 16th of September - almost a week now. Please share this, we're desperate to find him.

"My dad is a Professor of astronomy & astrophysics at the University of Warwick. He was out on an observing run at the La Silla Observatory in Chile when he went missing.

"The closest town is La Serena. If anyone has ANY information or thinks they can help in ANY way, please contact the police. Thank you. My family, and my dad's friends and colleagues, would be beyond grateful for any help or information. 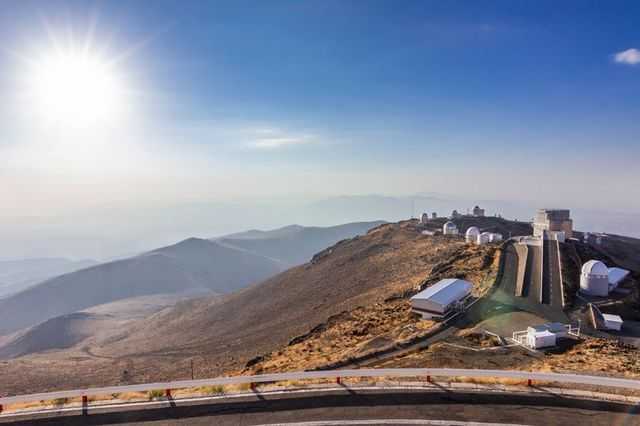 "Even if you don't think you can do anything, please share this - someone you know might be able to help us."

Warwickshire Police are in contact with the Foreign Commonwealth and Development Office (FCDO) and Interpol, as well as Chilean authorities.

Officials in Chile are using specialist equipment including drones and involving volunteers from a local flight club.

However due to the difficult terrain, these are only taking place during daylight hours.

Criminal investigators from Chile PDI's police have been drafted in to discover if the disappearance could be linked to a crime.

Local PDI police chief Carlos Albornoz said: “Search work is being done on the ground and interviews and statements are being taken.

“Other organisations are also involved in the operation to try to establish as quickly as possible where this person is.

“Nothing is being ruled out, and all lines of inquiry remain open.”