On this day, the buying and selling of gold ornaments is associated with the auspiciousness of luck. According to religious beliefs, buying gold on Akshaya Tritiya brings happiness and prosperity. 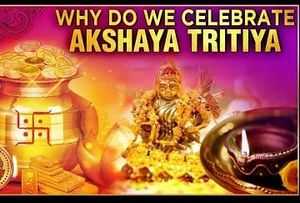 Akshaya Tritiya has great significance inHindu scripture. This day is considered auspicious for all types of Manglik works. in many other areas it is also called Akhtij and Vaishakh Teej. On this day, any auspicious work done is considered to be very auspicious due to Abuja Muhurta. By bathing, donating and doing penance before noon on this day, one attains a virtuous fruit. Taking a bath in the Ganges on this day frees humans from all sins.

In ancient times, Lord Shri Krishna himself told Dharmaraja Yudhishthira the importance of Akshaya Tritiya and said that it is the supreme virtuous date. According to a legend, in ancient times there lived a poor and a Vaishya, who had more reverence among the gods. Being poor, he used to be very distraught. On this day he came to know about Akshaya Tritiya fast from someone. He worshiped the gods and goddesses and performed charity and charity on this day. Due to the influence of charity and charity done on this day, he became the king of Kushavati in the next life. 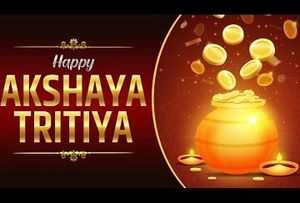