Nagpur: MIDC Police have arrested a 28-year-old man and recovered stolen ornaments including 110 grams of gold and 100 grams of silver collectively worth ₹4,44,000.

The name of the accused was given as Rahul alias Bhoknya Kashinath Aakode, a resident of Indira Mata Nagar, Hingna.

According to police sources, the cops were probing rampant incidents of robberies and chain snatching in the area when they received a tip-off about Aakode. Cops, subsequently, rounded up him at MIDC Police Station. During the interrogation Aakode reportedly confessed his role in six cases of robberies and chain snatching incidents reported under MIDC Police. 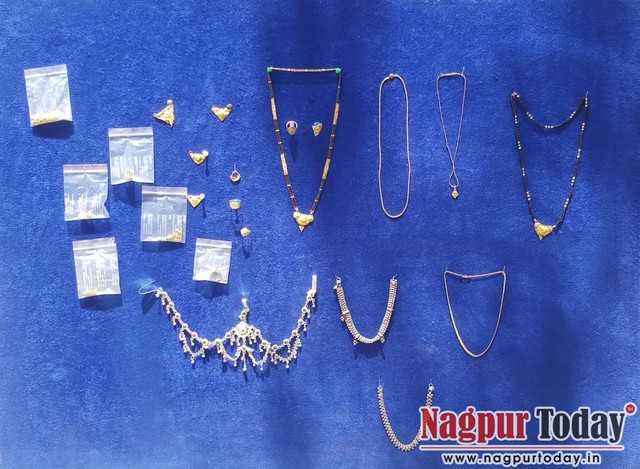