Former promoter of pharmaceutical giant Ranbaxy Laboratories, Shivinder Mohan Singh, was arrested by the Economic Offenses Wing of the Delhi Police, on Thursday.

The arrest was made in a case of fraud and misappropriation of funds to the tune of Rs. 740 crore.

Here are the details. 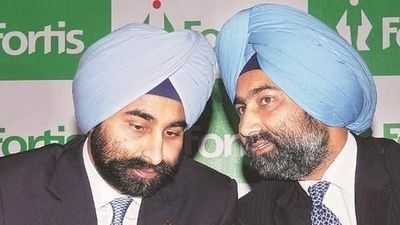 Singh brothers were raided by ED earlier in August
Details

The arrests have been made in relation to a case filed by Religare Finvest Limited, the lending arm of REL, against the Singh brothers, in December, last year.

Moreover, the two were recently raided by Enforcement Directorate in August.


"They alleged siphoned off and diverted money of general public"
Fact


The EOW, Delhi police, in a statement, said, "The alleged persons (Shivinder Singh and Malvinder Singh) systematically siphoned off and diverted money of general public in a clandestine manner for their own benefit."


Heirs to the country's leading drug maker, Ranbaxy Laboratories, founded by their father, the Singh brothers sold the company to Japanese firm Daiichi Sankyo for Rs. 10,000 crore, back in 2008.

The two then shifted focus to the family-owned hospital chain Fortis Healthcare, and Religare Enterprises, a financial services firm.

However, unending court cases and increasing financial troubles continued to haunt the brothers. 
Over 10 years after the major deal, the brothers were told by the Supreme Court that they might have to face jail for disobeying orders to pay more than Rs. 3,500 crore, that they owe to Daiichi Sankyo.

The sum was awarded by a Singapore tribunal in a case alleging concealment of information by the brothers during the Ranbaxy deal.


Subsequently, Singh brothers had to resign as directors of Fortis
Fact


Subsequently, the brother duo had to resign as directors from the board of Fortis Healthcare in February last year, after the Delhi High Court supported the Singapore tribunal award for Daiichi Sankyo.