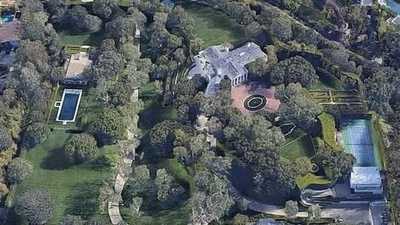 Bezos spent a record $165 million, reportedly making it the most expensive home ever sold in California.

Recently, the New York Post had reported that Bezos had been mansion-hunting with Sanchez in the swanky Beverly Hills and Bel Air neighborhoods.


According to Architectural Digest, the Warner Estate is a 13,600-square-foot Georgian-style mansion.

It was designed by former Warner Bros. President Jack Warner in the 1930s and took a decade to construct.

Geffen then purchased the property along with the mansion's furnishings for an estimated $47.5 million, breaking national records.

According to The Los Angeles Times, Geffen auctioned off original furnishings worth $11 million, which he deemed "too musty and museum-like."