In today's episode of Pinch, veteran actor Anil Kapoor came as the guest. And he behaved exactly how someone not that involved in social media metrics would. While more internet-savvy stars like Ananya Panday appeared more in tune with what their trolls were saying, Kapoor comes with an air of indifference that makes the episode equally relaxed and somewhat boring. Here's our review.


We all have difficulty believing Kapoor is in his mid-sixties. Comments on his "young" look are always ruling social media. Naturally, host Arbaaz Khan brought it up. Revealing his "jawaani ka raaz," Kapoor said, "I feel that one has 24 hours in a day, if you can't take care of yourself for even one hour in a day then what's the point."


He was forgiving on comments calling him, daughter Sonam 'shameless'
Reaction


Saying trolling doesn't really affect him in the long run, the Beta actor reacted in the most dignified manner when a comment said he and daughter-actress Sonam Kapoor Ahuja were "shameless" and "they could do anything for money." He noted if a person has made such a remark, then they must "either be in a bad mood or upset" at that time.


Talking of kids, in a fun inclusion, today's episode had instances of Kapoor's trolling done by his children. In a sappy post dedicated to wife Sunita, daughter-producer Rhea had hilariously commented on her father's cheesiness. Son-actor Harsh Varrdhan had been cheeky with him too and this segment was adorable. Separately, "Jis ko baal chahiye..le lo," was his reaction to comments on his body hair. 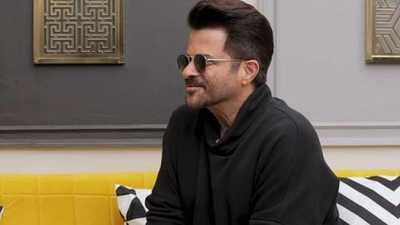 Second half considerably lifts the episode, gets 3/5
Verdict


Makers deserve credit for adding video comments from common people. This gave viewers faces to relate to the anonymous comments. Best moment today was Kapoor's advice to people using social media: "Don't talk about something if you don't have knowledge about it." We sure know celebrities who could use this advice! Watch the episode here. Verdict: This short and sweet episode gets 3/5 stars.