The second week in the Bigg Boss 14 house was full of drama, fun, and many twists and turns.

From contestant Sara Gurpal becoming the first one to get evicted from the show to a couple of exciting tasks for immunity, the show saw it all in the last few days.

Here are the key updates from Bigg Boss 14. 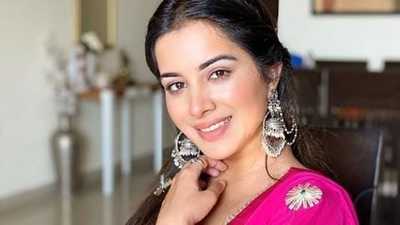 
Sara, a Punjabi actor-singer, was the first contestant to be evicted from the Bigg Boss 14 house.

In a social media post, the actor thanked her fans for support, but also called her eviction "unfair." She claimed she was eliminated despite performing most of the tasks and doing the household chores.

Notably, Sara has been blaming "senior" Sidharth Shukla for her ouster.


This week, contestants were also seen fighting for immunity.

In the Farm Land task, Rahul Vaidya, Nishant Malkani, and Eijaz Khan performed well and won immunity for their team, which also included Pavitra Punia. They are safe from this week's eviction.

In another task, contestants had a chance to win back their personal belongings. It was won by Pavitra, Jasmin Bhasin, Abhinav Shukla, Nishant, Eijaz.

They are hence nominated for eviction this week.

It will be interesting to see whether one of them will actually walk out of the house, or Bigg Boss will bring a fresh twist to the tale. 
Bigg Boss 14 premiered on Saturday, October 3, with Salman Khan as the host.


When and where to watch the show?
Fact


Bigg Boss 14 airs at 10:30 pm from Monday to Friday, and at 9 pm on weekends, i.e., Saturdays and Sundays. You can also catch the show on Viacom 18's streaming service, Voot Select.