Deadpool is an anomaly in the Marvel Universe. Although his deeds are somewhat heroic, he often gets entangled in awkward fights.

Sometimes, he picks fights with characters much stronger than himself, simply because of his regenerative abilities. It is difficult to defeat Deadpool in a battle, and he has killed quite a few powerful characters.

However, here's a list of characters who defeated Deadpool. 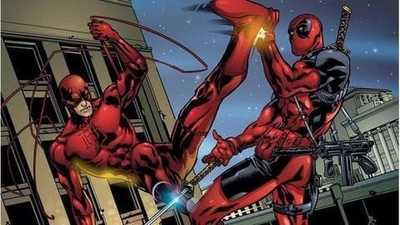 
The impulsiveness of Wade Wilson often gets him into fights that could be avoided.

Once, when tracking a shape-shifter, he becomes convinced that the Daredevil, which he saw, is an imposter and not the real hero. He starts shooting.

However, Daredevil dodges the bullets and isn't amused at being shot. Deadpool is given a beat down and hogtied in the middle of a street.


Black Panther and Deadpool faced off when the former expressed his distrust with a backhand across the face.

Deadpool couldn't beat him in hand to hand combat and tried to psychologically disadvantage him by kicking him between the legs and giving Game of Thrones spoilers.

Black Panther, however, beat Deadpool and threw him through a window.


Deadpool irked the God of thunder by flying around in his signature helmet and knock-off hammer.

In all fairness, Deadpool had been tricked by Thor's brother Loki. However, Thor was in no mood to understand and beat Deadpool.

He also picked up the fake hammer and swinging both, crushed his head between the two weapons. 
Deadpool often has a death wish. While most Marvel characters try to avoid fights with the Hulk, Deadpool went out of his way to anger the Hulk.

Deadpool tricked Hulk into reluctantly killing him by lying about bombs set to go off within an hour.

However, when Hulk found out he had been lied to, he got mad and smashed his head to pieces.


Deadpool and the punishment due
Punisher


The Punisher is one of Marvel's most ruthless characters who is not averse to killing or torture.

In a comic where Marvel characters turned to zombies, Punisher decided to save the world by killing the undead. He faced Deadpool, a zombie with healing factors.

The Punisher killed Deadpool numerous times, shooting him, burying him, burning him and even feeding him to wild animals.