Aamir Khan's Dangal has been crowned as the biggest blockbuster of the decade, according to Yahoo India's Year in Review (YIR) rankings, released today.

Further, the rankings revealed that Salman Khan and Sunny Leone were respectively the most searched male and female celebrities in the country.

And, the charming Hrithik Roshan emerged as the male style icon of the year.

YIR rankings based on user searches and recommendations
Fact


It should be noted that Yahoo India's year-end rankings shed a light on the passing year's top trends and events, based on its users' daily searches, and an editorial selection of what they read, recommended, and shared the most on Yahoo, throughout the year.


Nitesh Tiwari's acclaimed sports-drama film Dangal, based on real-life Haryana-based wrestlers Mahavir Singh Phogat and his daughters Geeta Phogat and Babita Kumari, was announced as the biggest blockbuster of the decade.

Notably, Dangal earned over Rs. 2,000 crore at the box office.


Salman Khan and Sunny Leone retained top spots as the respective most searched male and female celebrities in India.

In the list, Salman was followed by megastar Amitabh Bachchan and Akshay Kumar.

Notably, veteran Girish Karnad, who passed away earlier this year, was the 10th most-searched celebrity. 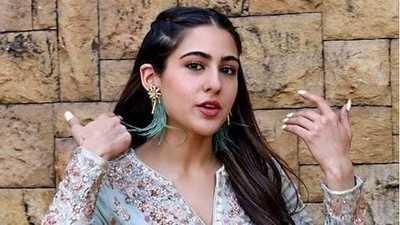 And, guess who looked the classiest in 2019?
More details


Bollywood's very own fashion God, Hrithik Roshan, who impressed everyone with action-thriller movie War this year, emerged as the male style icon of the year.

On the other hand, new kid on the block, Sara Ali Khan was named the female style icon for 2019. Notably, Sara is only two-films-old, having done Abhishek Kapoor's Kedarnath and Rohit Shetty's Simmba.