Five most amazing powers of She-Hulk


She-Hulk, as the name implies, has powers similar to the Hulk.

For those unaware, Jennifer Walters is Bruce Banner's cousin and when she was attacked by mobsters and left for dead, Banner saved her life through a blood transfusion.

Notably, his radiation-affected blood gave her the powers of the She-Hulk, a valuable addition to the Avengers.

Read about the five best powers of She-Hulk. 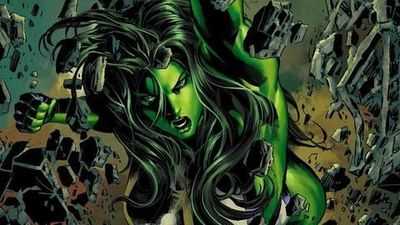 Speed is the name of her game
Superhuman speed


The muscles in She-Hulk's legs are extremely powerful, thus allowing her to run much faster than the average human and even sports athletes.

She is measured as a level three speedster, which gives her a variety of advantages in a battle.

She-Hulk can effortlessly dodge fast energy blasts and even manage to pick Iron Man out of air, even when he flies with thrusters.


Mind control and using telepathic powers is a big thing in the Marvel Universe.

Luckily, She-Hulk's mind is defended against such attacks.

In fact, her telepathic immunity is one of her greatest strengths since she can resist attacks from the strongest in Marvel including Professor X, Thanos, and Apocalypse.

Both Mental and physical strength make her 'the strongest woman in the Marvel Universe'.


Quick healing and regeneration makes her a feared fighter
Healing/Regeneration


She-Hulk has healing and regenerating powers. Firstly, her skin is tougher than normal humans, making her impervious to a lot of damage.

However, even if she does take damage, she heals at a much faster rate. For minor skin or tissue injuries, she can regenerate these in a matter of seconds.

It is important to note, she cannot regenerate completely like Wolverine or Deadpool. 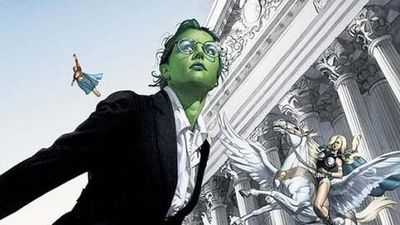 A deadly combination of brain and brawn
Brains in transformation


Bruce Banner and Hulk is like a Dr. Jekyll and Mr. Hyde story. The Hulk is the unthinking alter ego.

However, She-Hulk can retain her intelligence even while in her transformed state.

This makes her a formidable opponent, as she is much more intelligent than humans.

She applies this intelligence to design strategies and use psychological advantages while battling enemies.


Unparalleled strength is what She-Hulk is known for
Strength


Like Hulk, She-Hulk is also known for her strength which is greater than most Marvel men as well.

She started with Class 50 strength, quickly escalating to 75, training with the equipment of Fantastic Four's The Thing.

Currently, she is ranked at Class 100 strength, which puts her at par, if not giving her the edge over characters like Thor, Hercules Mephisto, and Colossus.