'The Lord of the Rings' anime movie is officially happening


The Lord of the Rings (LOTR) is among the most successful franchises in cinema history and deservedly so. The JRR Tolkien's LOTR universe is so vast that new side projects can be expected, any time. Case in point, the Tolkien movie in 2019. And now, an anime movie titled The Lord of the Rings: The War of Rohirrim is reportedly in development. What do we know about 'The War of The Rohirrim'
Story


The War of the Rohirrim follows the ninth King of Rohan, Helm Hammerhand. The movie will explore the untold story of Hammerhand and the fortress of Helm's Deep. It will be set 250 years before the epic LOTR trilogy, and will mark the first time fans get to see Tolkien's world in animation. As of now, no voice cast members have been announced.


Meet the crew: The anime movie is in safe hands
Details


The War of Rohirrim will be directed by Kenji Kamiyama, known for his sci-fi projects like Ghost in the Shell: Stand Alone Complex, 009 Re: Cyborg, and Ultraman. The script is written by The Dark Crystal: Age of Resistance creators, and Philippa Boyens, a writer from The Hobbit movies, will join as a consultant. Sadly, Peter Jackson wouldn't be involved with the anime movie.


Sam Register, the President of Warner Bros. Animation, heaped praises on the film, in an official statement. "This will be yet another epic portrayal of JRR Tolkien's world that has never been told before. We're honored to partner with much of the incredible talent behind both film trilogies, along with new creative luminaries to tell this story," he teased. "And so it begins." 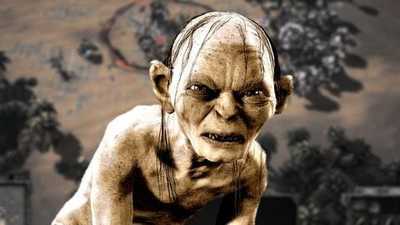 'The Lord of the Rings' won multiple awards, including Oscars
Success


The entire franchise comprising six movies, including The Hobbit trilogy, has made a whopping $5.9 billion at the worldwide box office. The iconic movie series has earned 17 Academy Awards, out of the 30 nominations. Return of the King earned 11 Oscars, the most wins for a single film, tied with Titanic and Ben-Hur. A LOTR TV series is also coming to Amazon Studios.