Top 5 fashion movies we got from Hollywood


Although a plethora of reasons makes a film worth remembering, a few movies are best applauded for the sartorial opulence and elegance they bring onscreen. At times, the fashion quotient becomes undetachable from the characters' identities; other times, fashion becomes a plot device at the heart of the film's larger narrative. Let's take a look at five Hollywood films where fashion stole the spotlight.


It would be blasphemous to talk about Hollywood fashion films and not include this 2006 classic. Hollywood legend Meryl Streep played authoritarian Miranda Priestly, a fictionalized version of fashion magazine Vogue's editor, Anna Wintour. The film has earned a distinctive space due to the exquisite range of outfits, such as Anne Hathaway's leopard-printed fur-lined emerald green coat or Streep's pinstriped suits and large sunglasses.


Diana Ross stirred a storm through this romance, where she played Tracy Chambers, an ambitious fashion student. Although primarily a singer, Ross had studied at Cass Technical High School in Michigan and leveraged her education while designing the outfits for Mahogany. With ornamented clothing, oversize trench coats, and hair blowing in the wind, Ross's character inspired a generation of Black girls back then.


With eight women in the ensemble and the plot centered around Met Gala, it is only fair that designer Sarah Edwards did not take the characters' outfits lightly. Reportedly, Sandra Bullock wore a surprising 65 outfits, while Cate Blanchett was quite close with 45! The makers also wanted Bullock's outfits to mirror George Clooney's signature style, who starred in the original Ocean films. 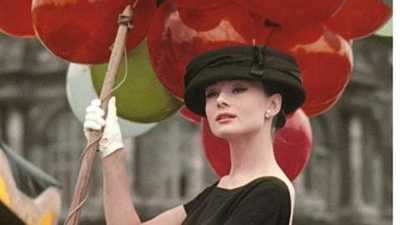 
Fred Astaire played Dick Avery, a fashion photographer hunting for the next big thing in fashion in Funny Face. Avery soon becomes besotted by Jo Stockton (Audrey Hepburn). The story is set in the world's fashion capital Paris and Stockton's journey of becoming the face of a fashion magazine, Quality, is portrayed here. Edith Head, the costume designer, bagged an Oscar for the film.


Despite being a fantasy film, Disney's Cruella sparked conversations about the protagonist's couture sense. Emma Stone looked drop-dead gorgeous in Academy Award winner Jenny Beavan's designs, who derived inspiration from designer Vivienne Westwood and fashion label BodyMap. One particular gown, for instance, was so enormous that it would have had no qualms in blanketing a car, and was embellished with over 5,000 handmade petals!