A 27-year-old woman died in Thane after she fell off a moving autorickshaw while trying to fend off two bike-borne robbers who snatched her mobile phone. The incident took place on Wednesday evening, after which the woman was rushed to a hospital but declared brought dead. Police has since filed a case and arrested both the accused in connection with the matter. 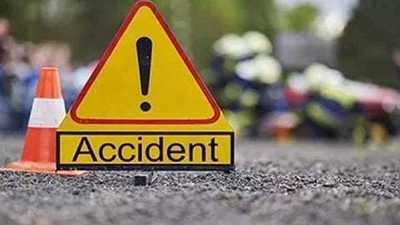 
Kanmilla Raisingh, the victim, a native of a village in Manipur, had been working at a spa in Thane's Viviana Mall. She, along with a friend, left her workplace at 7:50 pm and boarded an autorickshaw to go home. Thereafter, two bike-borne robbers approached the auto and snatched her phone. She then tried to retrieve the mobile, but lost her balance and fell off.


"As the vehicle reached the open gym at Teen Hath Naka around 8 pm, two persons on a bike approached them from the side and tried to snatch Raisingh's mobile. In the struggle that followed, Raisingh lost her balance and fell off," an official said.


Raisingh was rushed to the hospital, but declared dead
Details


Raisingh was then rushed by her friend to the Chhatrapati Shivaji Hospital in Kalwa, however, she was declared brought dead by the doctors there. The victim reportedly stayed at Kalina in Mumbai, along with her sister. Laalgursangi Chechoma Fanghun, 30, her friend and co-traveler at the time of the incident, filed a police complaint, after which a probe was launched.

Both the accused were arrested on Thursday
Police action


The Naupada Police in Thane used the CCTV footage and the call records of the victim to trace the two accused. They have been identified as 20-year-old Alkesh Momin Ansari and 18-year-old Sohail Ramzan Ansari, residents of the Bhiwandi town. A case under the Indian Penal Code Sections 392, 304, and 34 has been registered at the Naupada Police station.


The incident has sparked fear among local residents and raised questions about police scrutiny in the area. In a similar incident just one week ago, a bike-borne robber had snatched the mobile phone of a pillion rider in Thane, after which the latter reportedly suffered injuries. A case in that regard was then registered at the Rabodi Police station, The Times of India reported.