4-month-old dies on SpiceJet flight; cause of death unknown


In a tragic incident, a four-month-old girl died during a Surat-Mumbai flight on Friday.

Reportedly, the infant lost consciousness during the journey, which went unnoticed until the flight landed in Mumbai.

She was then declared dead at a hospital, however, no cause of death has been established yet.

A case of accidental death has also been registered at the Sahar police station. 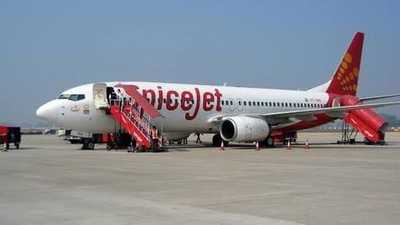 
The infant, identified as Riya, was aboard the SpiceJet flight SG-2763 with her mother, Preeti Jindal, and grandparents, Hindustan Times reported.

Sources in the airline reportedly said the family noticed there was no movement from Riya during the flight, however, they assumed the infant was asleep.

After landing, when the child remained unresponsive, the family alerted the crew, requesting emergency medical assistance.


An airport official said, "The infant didn't respond to cardiopulmonary resuscitation (CPR), after which she was rushed to a nearby private hospital, where she was declared dead."

Riya was declared dead at the Nanavati Hospital before admission.

The infant's body was then taken to the Dr. RN Cooper Municipal General Hospital for a post-mortem, however, the cause of death couldn't be established.


Girl was last fed at 5:30 am, says SpiceJet source
Fact


The SpiceJet source told HT, "The mother told doctors that she had fed her daughter around 5:30 am after which the baby went to sleep." Flight SG-2763 is scheduled for departure from Surat at 7:50 am. 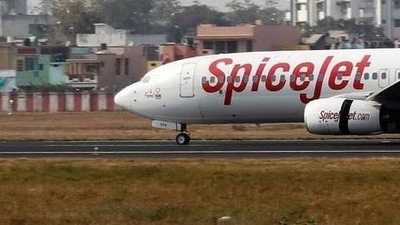 
In a statement, a SpiceJet spokesperson said, "After landing, a passenger informed the crew that her daughter is unconscious."

The airline spokesperson added, "The air traffic control (ATC) was requested for medical assistance, while the aircraft was taxing to the parking bay. The infant was deplaned along with her mother and grandparents and taken to hospital."


Further, Dr. Rajesh Sukhadeve from Cooper Hospital, told The Times of India, "We conducted a post-mortem by 9:45 pm and handed over the body," adding that some fluids were kept for further analysis.

Some samples were sent to JJ hospital for further investigation.

According to TOI, Sahar police registered a case of accidental death, and are awaiting the post-mortem report.