Another Measles outbreak reported in Mumbai, 20th this year


Another Measles outbreak reported in Mumbai, 20th this year
17 Nov 2022


Amid the latest measles outbreak in Mumbai, a one-year-old boy succumbed to the disease on Monday following complications. So far, seven deaths are suspected due to measles while as many as 164 cases have been reported in the city, according to the Brihanmumbai Municipal Corporation (BMC). A central team studying the outbreak said in its report that immunization measures lacked on many counts.


Mumbai has recorded more than 20 outbreaks of the contagious viral infection since the beginning of this year. Measles is linked to high mortality among children aged less than two years. It has no specific cure and parents are advised to get their kids in the age group of 9-16 months vaccinated. The symptoms include fever, rash, cough, running nose, and red eyes.


Any person who is not immune or is unvaccinated is highly likely to contract measles. The mortality rate is highest among children less than two years of age, malnourished kids, and non-immune adults as well. The disease begins with a very high fever followed by rashes on the face and behind the ears, which ultimately spread all over the body.


What's the immediate cause of spread?
Reason


India is infamous for having the highest number of measles cases in the world. In 2017-18, a nationwide measles elimination campaign was launched under which all school-going kids were immunized with an additional dose containing measles-rubella (MR) vaccine. Most states managed to achieve the desired target. However, with the onset of COVID-19, the pool of unvaccinated children snowballed, facilitating the spread of measles. 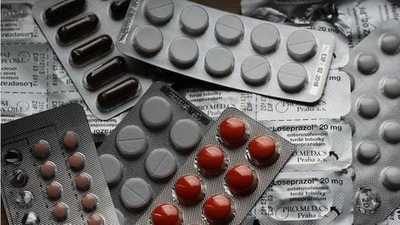 What can be done to cure and prevent?
Cure


The disease could be prevented by vaccination. The government recommends two doses between the age of 9-16 months while the Indian Academy of Pediatrics (IAP) recommends an additional booster dose at five years of age. Its treatment includes ensuring good hydrating along with good oral rehydration solutions, and paracetamol for keeping fever in check. COVID-19 ward war rooms are being utilized for monitoring.