Delhi man kills family over being scolded on drug addiction


In another shocking incident, a 25-year-old man, Keshav, was on Tuesday arrested in New Delhi's Palam area for allegedly murdering his four family members. The horrific incident is the second after the grisly murder of 27-year-old Shraddha Walkar, which came to light earlier this month. The accused killed his father, mother, sister, and grandmother as they were stopping him from taking drugs.


Misuse of narcotics and psychoactive substances across the world is on the rise and India is no exception. Besides death caused due to the overdose of drugs, crime caused by drug addicts is also witnessing an uptick in the country. The easy availability of substances in parts of India has been adding to the number of drug addicts.


How are the victims related to the accused
Details


Police have said that the four members of the family were killed when they were at home. The deceased have been identified as Keshav's father Dinesh Kumar, 42, his mother Darshan Saini, 40, grandmother Deewano Devi, 75, and sister Urvashi, 22. Two bodies were found in the bathroom in a pool of blood and the other two in their bedrooms, police said.


The accused had returned from a rehabilitation center
Drug addict 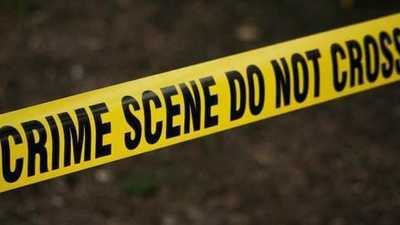 The case is reminiscent of a 2018 incident
Similar incident


In May 2018, a similar incident was recorded in the capital city's Jamia Nagar area, 25 km away from Palam. A drug addict had killed his parents for refusing money to buy narcotics. He was identified as 22-year-old Abdul Rehman. Rehman, an animation designer, was addicted to heroin and he used to spend all his income on buying drugs.


India, one of the world's largest drug markets: Report
Information


A report by the United Nations Office on Drugs and Crime, without specifying the number of drug addicts, said that India is the world's single-largest opiate market. Delhi has meanwhile recorded a 1053% increase in the beneficiaries of the 'National Action Plan for Drug Demand Reduction.' The number has raised from 1476 in the year 2017-18 to 17019 in 2021-22.