A hearing and speech impaired pregnant woman was beaten by a mob in Delhi on August 27, after people suspected her of being a child lifter.

The disturbing incident happened in Harsh Vihar area of North East Delhi. According to reports, ten people thrashed the victim, and three have been arrested.

She is currently stable and undergoing treatment in Safdarjung Hospital. 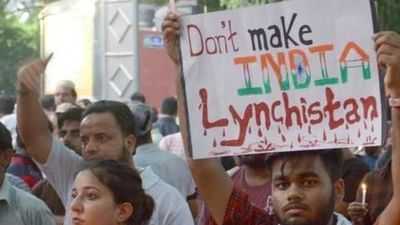 
The victim was identified as one 25-year-old Priyanka.

Priyanka got married last year and was living in Faridabad, her brother Sandeep Kumar revealed. She had gone missing on August 17, and a police complaint was registered, reports IE.

"After 10-11 days, one of our friends saw a video of her being attacked. We contacted police, who brought Priyanka back to us," he said.


Priyanka requested mob to let her go, no one listened
Assault


In the video that found its way on social media, a group of people surrounded Priyanka accusing her of kidnapping kids.

They claimed she "lured children by offering money" and that she "takes children from their houses through windows".

She was made to sit outside a house while she kept requesting the mob to let her go. The unruly mob didn't pay heed.


What's more disturbing is that the victim kept asking for water, but the mob passed a baton to each other instead.

Atul Kumar Thakur, DCP (North East), said Priyanka was rescued as soon as police received a call about the incident.

She was taken to a shelter home and police traced her family. Three people, Deepak, Shakuntala, and Lalit Kumar, were arrested. She had no previous criminal record: Thakur
Fact


"We found the woman was not a criminal and the allegations were fake. We have registered a case under IPC Sections 323 (voluntarily causing hurt), 341 (wrongful restraint) and 34 (acts done by several persons in furtherance of common intention)," Thakur added.


Unfortunately, such cases have seen a rise recently
Details


In recent days, there has been a spike in child-kidnapping rumors which has led to violent incidents.

The maximum cases were reported from Uttar Pradesh.

"At least 46 cases have been reported until 29 August. In all cases, we found that there was no evidence of child trafficking," Director General of Police OP Singh told BBC, urging people to not believe in hearsay.