Four students in Delhi were arrested for allegedly torturing and beating to death a pregnant dog in the New Friends Colony area several days ago. The students, who belong to the prestigious Don Bosco Technical Institute, were held after a video of the incident went viral on social media. In the clip, the students can be seen thrashing the dog and dragging her carcass. 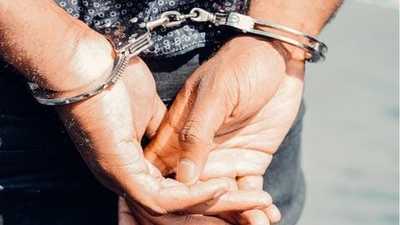 FIR filed against the accused
Details


Based on a complaint, a first information report (FIR) against the accused was filed under Section 11(1) of the Prevention of Cruelty to Animals Act and Sections 34 and 429 of the Indian Penal Code (IPC) at Delhi's New Friends Colony Police Station. As per the police, the four students revealed they were annoyed by the dog barking at them and killed it.


Pregnant dog beaten to death in tin shed
What happened


The police said the incident took place on October 30, reported The Indian Express. About 25 students brutally tortured the pregnant dog to death. The dog was seen inside a tin shed in the viral clip when the boys started attacking it with sticks and rods. Some can also be heard getting cheered on by others to beat the pregnant dog and kill it.


Reactions to the shocking incident
Reactions


Following the gruesome murder of the dog, animal lovers and social workers called for action against the students involved in the incident. Isha Pandey, Deputy Commissioner of Police (DCP), South East Delhi, earlier said, "We have received a complaint from a woman who has accused unknown students of allegedly killing a female dog. We also have the video of the incident as proof." 'It is horrific to see': PFA Trustee
Quote


Bharatiya Janata Party (BJP) leader Tajinder Singh Bagga also took account of the horrific incident on Saturday and tweeted a video of it. Ambika Shukla, Trustee of People For Animals (PFA), told PTI, "It is horrific to see such brutality by young students who can be seen laughing as they beat an expectant mother to death."


"These boys must be rusticated from college and prosecuted to the fullest extent of the law. The institution must be severely penalized as not only its students but also its staff are involved," Shukla was quoted as saying by India Today.