In a tragic incident, a woman police officer was shot dead in Delhi's Rohini locality on Friday night.

The officer, identified as sub-inspector Preeti Ahlawalat (26), was returning home from the Rohini (East) Metro station when she was shot three times.

A 2018 batch sub-inspector, Ahlawat was posted at the Patparganj Industrial Area police station in East Delhi. 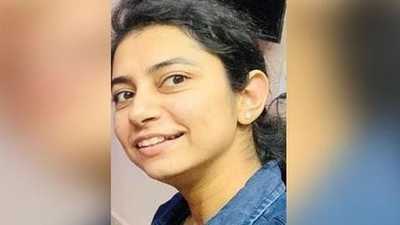 
SI Ahlawat was shot from close range in the head around 50 meters from the Metro station at 9:30 pm Thursday, a senior police officer told The Indian Express.

Additional CP (Rohini) SD Mishra said they received a PCR call at around 9:40 pm that a woman had been shot.

Ahlawat was taken to a hospital where she was declared brought dead.


Reportedly, the police recovered CCTV footage from the scene which shows a man shooting at the woman officer after she walked out of the Metro station.

The police said that no jewelry was stolen from her bag.

The crime forensics team recovered three cartridges from the site where Ahlawat was shot.


Rathi was in love with Ahlawat; killed himself later
Suspect


According to the NDTV report, SI Rathi allegedly shot Ahlawat since he was in love with her. However, the woman officer was not interested in him.

The police told the publication that after killing Ahlawat, Rathi killed himself in the Sonipat city of Haryana.

Both Rathi and Ahlawat were from the 2018 batch.

Further investigation in the case is underway.

Security tightened across Delhi ahead of Assembly polls
Fact


Notably, Ahlawat was killed on the eve of the Delhi Assembly elections when security has been tightened around the national capital. Police and paramilitary personnel have been deployed across the city and vehicles are also being checked on several roads.