Love in the middle of traffic: Bengaluru couple's epic story


An unconventional love story that unfolded amid Bengaluru's traffic jam is million hearts on social media. While the city has been facing tremendous backlash recently for its traffic congestion problems, this sweet love story has caught the attention of many. A man has shared his story on Reddit about how he fell in love with his now-wife, thanks to the city traffic. 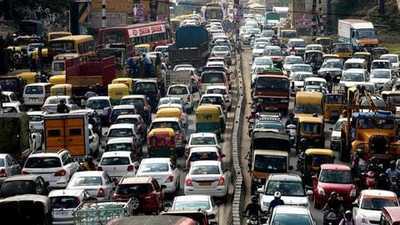 Couple got stuck in traffic due to Eijipura flyover work
Incident


A Twitter user shared the man's Reddit post on the microblogging site. The post written by a user named MaskedManiac92 read, "I've mentioned this in another thread, but I met my wife near Sony World Signal." He further wrote that he was dropping her home (they were just friends back then) but got stuck in traffic due to construction at the Eijipura flyover.


The couple has been married for two years now
Marriage


Since they were hungry, they decided to take a different route and have dinner somewhere following which they fell in love! "We got frustrated and were hungry so we diverted and went and had dinner nearby," he wrote. "Anyway, I've dated her for 3 years since then and been married for 2 years, but the 2.5 km flyover is still under construction," he added.


The post has received more than 450 retweets and 4,000 likes on Twitter and netizens adored their fairy tale love story. "This sounds like an interesting story and Bollywood should think about making it on the big screen," a Twitter user wrote. Many related to how infrastructure projects take such a long time to complete and how the said flyover is still incomplete. 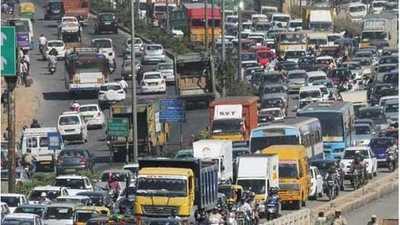 
A few months back, a Hyderabad-based artist ranted about Bengaluru's horrible traffic and that post went viral on social media. In the video, he talked about how his friends always boast about Bengaluru's pleasant weather. "Now, what to do? If you remain stuck in one place in traffic for 3 hours, what else will you do? Apart from appreciating the weather?" he said sarcastically.