Netflix's first post-production facility to open in Mumbai in 2022


Netflix is making big strides in India, one of its biggest consumers, with a lot of new exciting home-grown content coming our way. What's more, the streamer is also opening its first live-action post-production facility in the country's financial capital, Mumbai. Unveiling the project, the largest subscription-based streaming service said that the facility will be their "first fully owned, live-action, full-service post-production facility globally."


According to an official blog published recently, Netflix announced the facility will be fully functional by next year this time, i.e., June 2022. It is going to house 40 offline editing rooms, aimed to provide a "collaborative and inspiring environment for showrunners, directors, editors and sound designers to create their best work." Netflix wants to establish a "seamless partnership with India's post-production community."


'We want to continue to contribute to Indian creative community'
Quote


"We want to continue to contribute to the Indian creative community," read the blog further. Speaking to Variety, Vijay Venkataramanan, director of post-production at Netflix India, conveyed a similar statement and sentiment. He said, "This wonderful creative space in Mumbai reinforces our commitment to India's entertainment industry as we continue to empower creators with the best resources to tell great stories."


The streaming service has invested Rs. 3,000 crore in local programming over 2019 and 2020, pointing toward a steady growth in the country. While the figures and estimations for 2021 or the upcoming years are not out yet, Netflix did unveil its 41-title lineup in March. Many exciting projects were announced, including the Manoj Bajpayee-starrer anthology series Ray, which drops on June 25. 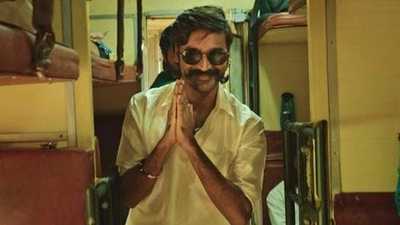