A few days back, a Google Home Hub owner reported a mysterious (and creepy) case of seeing footage from the Nest security camera of a stranger.

The issue triggered on its own and raised major alarms over the security and inner workings of Google's smart home products.

Now, the internet giant has issued a fix for the problem.

Here's what went down. 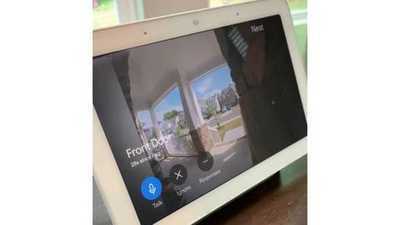 
As the Home Hub user reported on Reddit, the device displayed footage showing an unknown patio - with a stranger walking up to it - and unfamiliar neighborhood in the background.

"[My] wife...saw this pop up," the Reddit user reported. "She thought maybe it was an ad but I'm thinking it's legit someone else's cam showing up on our screen."


The user did not even own a Nest cam
Fact


"Is it your house?! It sure ain't mine!," the Reddit said while emphasizing that "We don't own a nest cam short of the one inside the google home max in our kitchen. (sic)"


Soon after the inadvertent video feed leak surfaced, a Google employee asked the Reddit user to provide the details of the issue with information about their Home Hub, like its origin, time zone, and firmware details.

The action was confirmed by Home Hub owner and a company spokesperson also issued a statement saying, "We are aware of this report and are actively investigating." Now, a fix has been issued
Fix


On May 22 (India time), the Reddit user shared an update noting that the company has pushed an update to "prevent this type of sharing from occurring in the future."

Additionally, the affected Home Hub has been shipped off to engineers at Google's headquarters for further inspection and troubleshooting and a fresh unit of the device has been provided to the user.


Along with Home Hub, Google gifted a lot of stuff
Fact


This is not the first case of video feed leak
Previous


Google, meanwhile, has not commented on the matter and it remains unclear if the problem was with that particular Nest Cam or Home Hub or all units of the devices.

However, if this was an all-device issue, it can't be the first case of a leak like this; last year, a Xiaomi camera glitch had shown people footage from strangers' on Home Hub.