OnePlus is expected to launch its new batch of smartphones including a standard OnePlus 8, a premium OnePlus 8 Pro, and a low-cost OnePlus 8 Lite in the coming months.

In the latest development, the regular OnePlus 8 has appeared on Geekbench with a codename GALILEI IN2025. Interestingly, the listing has confirmed some key specifications of the handset. 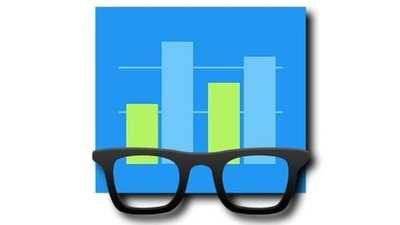 First, what is Geekbench and its scores?
Technicality


Geekbench is a cross-platform processor benchmark platform that grades CPUs on their single-core and multi-core performances.

While calculating multi-core scores, the platform runs multiple streams of instructions simultaneously per core and reports an aggregate score. With single-core scores, the same process is applied but on a single core.

Notably, the quicker a CPU completes the instructions, the higher is its Geekbench score.


What do we know from OnePlus 8's Geekbench listing
Key specs


According to the listing, the OnePlus 8 will come with a Snapdragon 865 chipset, Qualcomm's latest flagship mobile processor. The Geekbench data also confirms that the handset will offer at least 8GB of RAM (higher memory options could also be offered) and run on Android 10.


What else do we know about OnePlus 8?
Rumor roundup


According to leaked renders, the OnePlus 8 will feature a new punch-hole design with curved screen edges, glass body, and a triple rear camera.

The handset is also expected to come with a 120Hz QHD+ Fluid display and support wireless charging.

Further, it will sport a triple-lens rear camera, an in-screen fingerprint scanner, and a bigger battery (4,000mAh or higher).

OnePlus 8 series will be launched between March-April
Fact


Meanwhile, according to a recent tip-off from Ishan Agarwal, the OnePlus 8 series will go official in India sometime in late March or in April. Perhaps, the company is pushing forward the launch by almost an entire month as part of a new strategy.