At least 12 people were killed and over 100 injured in a suicide car bombing in the western Ghor province of Afghanistan on Sunday, officials said.

According to reports, the attack took place in front of the Ghor police headquarters in the morning.

Although no one has claimed responsibility for the bombing, the incident comes amid an uptick in attacks by the Taliban. 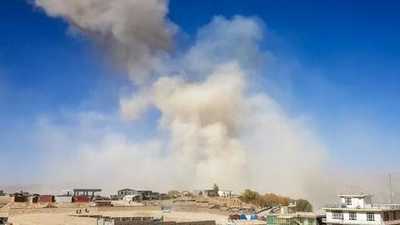 
The attack took place in Ghor's capital Feroz Khan at about 11:00 am (local time), Agence France-Presse reported. Ghor has not seen much violence as the rest of Afghanistan.

The Interior Ministry said, "The terrorists detonated an explosives-filled car...as a result 12 civilians were killed and more than 100 people were wounded."

Mohammad Omer Lalzad, the head of a hospital in Ghor, told Associated Press that dozens of people with serious and light injuries were being treated. The death toll is expected to rise, he said.


Rise in incidents of fighting between Taliban, Afghanistan
Taliban


No group immediately claimed responsibility for the bombing. However, the attack comes amid an increase in fighting between the Taliban and the government.

Although peace talks to end the decades-long war between the two entities began in Qatar last month, the violence continues on the ground.

Reportedly, the talks appear to be stalled as both sides struggle to establish a basic framework for negotiations.