A 33-year-old Indian man has been sentenced to six months in prison for molesting a five-year-old boy in a sharing villa in Dubai.

The reprehensible incident took place in June when the India man hugged the boy from behind and touched him inappropriately in the sharing accommodation.

After serving his six-month jail term, the man will be deported to India. 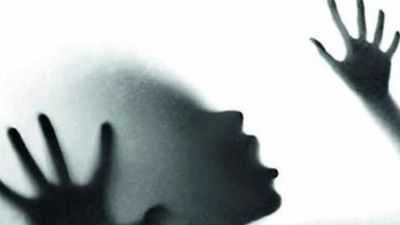 Boy pointed at body to show where he was touched
Details


On June 14, the five-year-old, also an Indian, was playing in the villa when the electrician molested him.

The boy told public prosecution investigators, "He called on me and then touched my cheeks with both his hands," according to Khaleej Times.

The boy then pointed at his body to show where he had been touched.

He was saved by his uncle.


He behaved indecently with my son and filmed him: Father
Quote


The boy's uncle was busy on his phone when he turned and saw the electrician molesting him. He said, "I turned around and saw the defendant hugging my nephew from behind while touching him in a bad way."

He then informed the boy's father, a 45-year-old businessman, who said, "I was told he behaved indecently with my son and filmed him."


The incident was reported to the Bur Dubai police and the accused was caught hiding near a mosque.

According to Khaleej Times, the man had denied the allegations at the Dubai Court of First Instance.

However, the court found him guilty and sentenced him to six months in jail.

The verdict will be subject to appeal within 15 days.