A 27-year-old former Indian student of The College of St. Rose in New York was sentenced to a year in jail, followed by another year of supervised release, for damaging computers using a "USB killer". 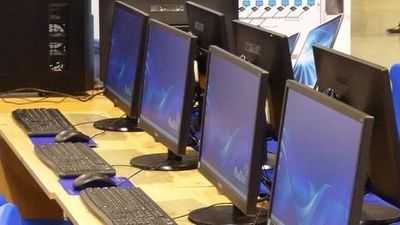 
On February 14, Akuthota went on a spree and inserted the notorious device in as many as 66 computers of the college. He used the device, which can be easily purchased online, on computer monitors and computer-enhanced podiums too.

In fact, Akuthota also recorded himself and reportedly made statements like, "I'm going to kill this guy".

He was arrested on February 22.


So, how does the device work?
Fact


According to federal officials, once the device is inserted into a USB port, it sends commands which activate the power components of the equipment. The "killer" then directs the device to rapidly charge and discharge. This overloads the electrical system, and eventually, the device is destroyed.


Earlier, Akuthota had heaped praises on the college
Statement


Akuthota went to the US on a student visa and got a master's degree in business. Apparently, he wanted to become an entrepreneur.

In 2016, when he was asked why he chose Saint Rose, he replied, "I see there are lots of opportunity in the college which will prepare you for the better future, where I can learn and apply in my life."