You all might be aware that the Japanese space agency has been probing asteroid Ryugu. It is to be noted that on October last year, Japan’s Hayabusa2 spacecraft dropped a lander toward the surface of the asteroid Ryugu from 135 feet up. The lander of the Hayabusa2 spacecraft managed to capture breathtaking pictures of the surface of asteroid Ryugu. According to the team of European and Japanese scientists who analyzed newly-released photos that Hayabusa-2's robotic lander, MASCOT, took from the asteroid's surface back in October 2018, rocks on the surface of Ryugu bear a striking resemblance to rocks from meteorites that have crashed down on the Earth, Gizmodo reported.

Asteroids are small, rocky objects that orbit the Sun. Although asteroids orbit the Sun like planets, they are much smaller than planets. Asteroids, if hit Earth, can bring massive destruction to our planet and also to human life. The effects of an asteroid strike—tsunamis, shock waves, and flattening winds, could be catastrophic. Asteroids can approach towards the Earth due to the gravitational forces that affect them.

Coming back to asteroid Ryugu, study’s first author from the German Aerospace Center Ralf Jaumann said, “What we have from these images is really knowing how the rocks and material is distributed on the surface of this asteroid, what the weathering history of this stuff is, and the geologic context.” “It’s the first information on this kind of material in its original environment,” Gizmodo quoted Ralf Jaumann as saying.

According to the paper published in the journal Science, the images revealed different kinds of rocks on Ryugu’s surface, including dark, cauliflower-like crumbly rocks and brighter, smoother rocks, all between a few inches and tens of yards across. But there seemed to be no visible dust—this suggests that there must be some process removing the dust, which is either being lost to space or sucked deeper into the asteroid. On closer look, these rocks seemed to contain bright parts, inclusions of some different material.

Take a look at the images captured by Japan’s Hayabusa2 spacecraft: 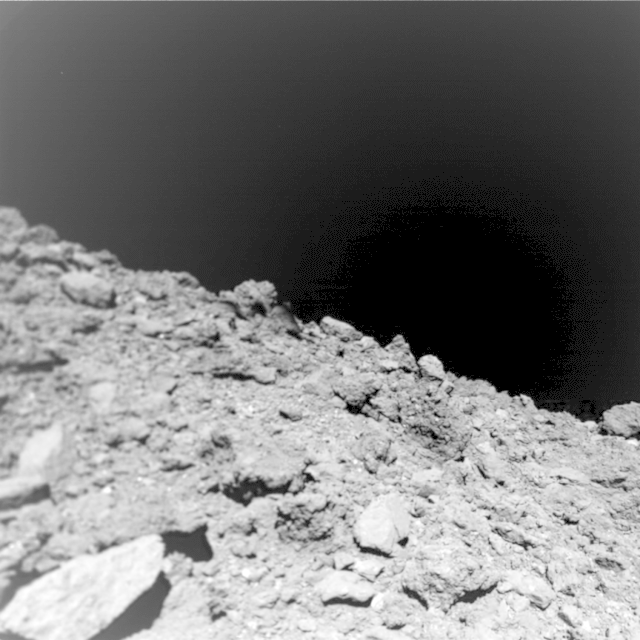 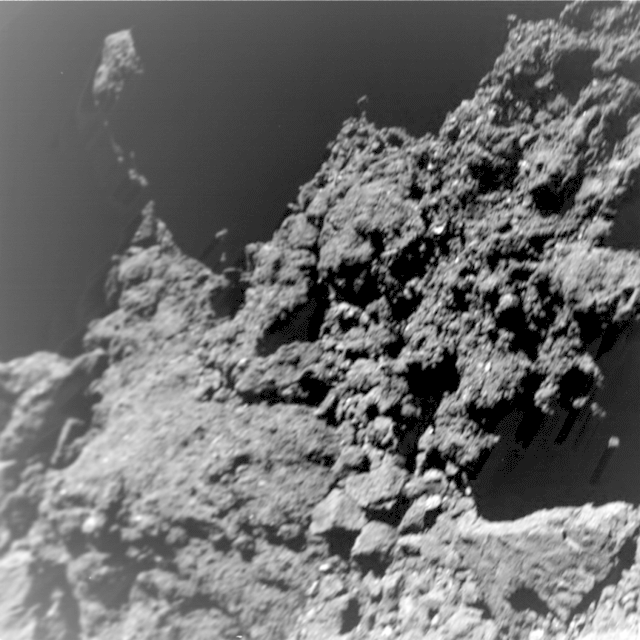 Some of the rocks resemble carbonaceous chondrite meteorites that have been found crash-landed on Earth, the research said.

It is worth mentioning here that carbonaceous chondrites are some of the oldest known rocks in the solar system.

“This is the first time ever that we’ve seen a boulder of something that ends up passing through the atmosphere, something we have in museums and laboratories all around the world,” Kerri Donaldson Hanna, planetary geologist and assistant professor at the University of Central Florida not involved in this study, told Gizmodo.

However, when Hayabusa-2 eventually brings samples back down to Earth, scientists will finally have an opportunity to study the space rocks in their original form.

In related news, ESA will launch a telescope called Flyeye next week which will be able to scan space and identify any possible objects heading to Earth.