Leh-Ladakh is a famous destination for people who fall in love with adventure in life. Leh-Ladakh is a snow-covered mountain, a beautiful freezing lake, a charming green valley, and several impressive Buddhist statues and Buddhist pilgrimage sites. All these make the place one of the must-visit tourist destinations in India. 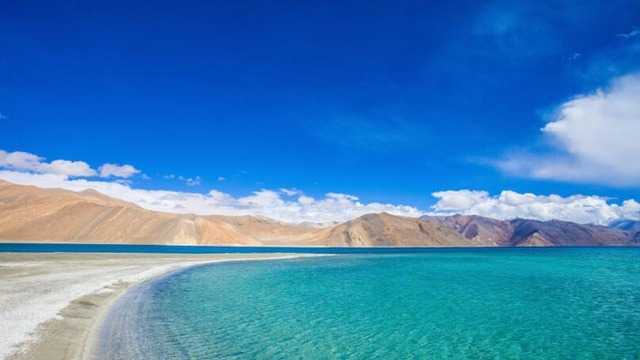 Stunning Gompas (Tibetan Buddhist monasteries), fluttering prayer flags, and whitewashed stupas, Ladakh is a riot of intricate murals and red-robed monks. It is said that only in Ladakh can a man sitting in the sun with his feet in the shade suffer from sunstroke and frostbite at the same time. With a culture similar to Tibetan culture, the people of Ladakh are friendly and welcoming to tourists.

Ladakh is an adventure playground for rafting and high-altitude trekking. Note that Leh Ladakh is inaccessible by road outside the summer months. The route passes close altogether from around October to May, and the only way to reach is by air. Chadar trek on the frozen Zanskar river takes place from January to the end of February. 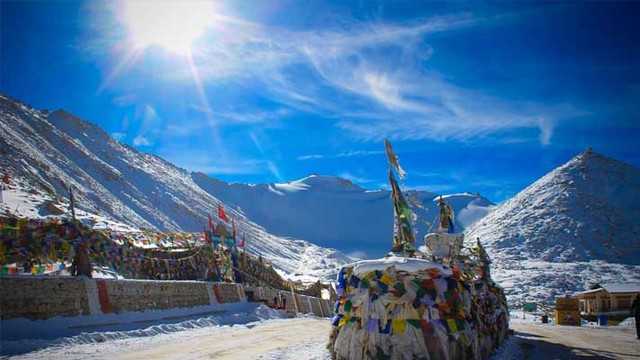 Ladakh or the ‘Land of High Passes’ is a barren yet beautiful region located in the north Indian state of Jammu and Kashmir. Sharing its east border with Tibet, Ladakh has Lahaul and Spiti to its south and the Kashmir valley to the west. Strategically placed on ancient trade routes, Ladakh lies between the Kunlun Mountains in the north and the Himalayas in the south. The region originally comprised the Baltistan valley, the Indus Valley, Zanskar, Lahaul, Spiti, Aksai Chin, and Ngari. 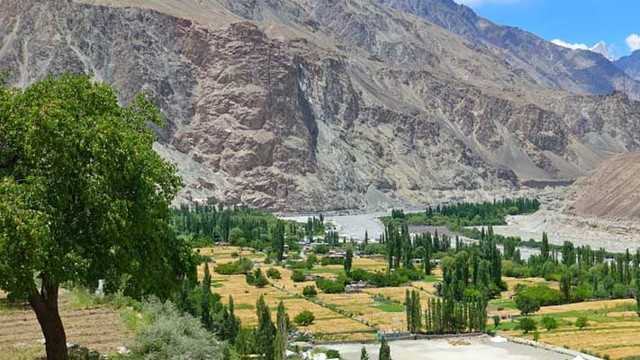 BEST PLACES TO STAY IN LADAKH

Camps and hikers' huts are a common feature in Nubra, Changthang, and Drokpa areas during the summer months. Tourist camps spring up every season in Korzok village too.

BEST PLACES TO EAT IN LADAKH

Ladakh offers a wide variety of cuisine from Tibetan to Korean to Chinese to Indian and Continental. These can be found in street-side stalls, restaurants, cafes, and garden restaurants. While in Ladakh, do not forget to try the local specialties like Momos, Marchwangan Korma, and the local tea made from yak butter.

The average minimum and maximum temperatures of Ladakh are as given below. The best time to visit Ladakh is also specified.

Must Know Before You Visit Leh Ladakh

Inner Line Permits are no longer required to travel the inner line areas of Ladakh from August 2021 for Indian Nationals. However, those visiting Ladakh will still have to pay a green fee or environment fee of INR 300, and a Red Cross Fund fee of INR 100 will still have to be paid. This fee can be paid online or through your hotel or travel agent.

Travelers from countries other than India will still need to obtain a Protected Area Permit (PAP) or Restricted Area Permit (RAP). Government authorities launched a web portal http://lahdclehpermit.in/ on June 1, 2017, making it easier for travelers to obtain a permit. 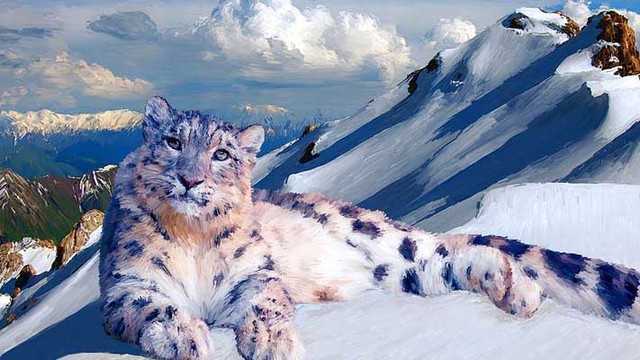 Other Things to Know: