REASON WHY NANITAL IS CALLED PRINCE OF HILLS

Nainital, known as the city of Lakes is truly a beautiful natural place, its all-green during the monsoons but WHITE SNOW COVERED peaks during winter. The view across Naini Lake, white/grey clouds covering the lake, and boating in the lake is a one-off experience never to be missed. The suicide point, waterfalls, and cave garden are must-visit points in Nainital.

Nainital - The Lake City of India Enveloped in a thick foil of nature, accentuated by the scent of the flowering blossoms blending miraculously in the crisp fresh air, Nainital is truly the treasure trove of Kumaon. It is among the most visited hill stations in North India since the British period.

Perched at an elevation of 2,084 meters above sea level, the glittering city of Nainital is hailed for being a parent to the ravishing Naini Lake from which it has earned the epithet of being the lake city. Nainital is not only a famous tourist destination but is also known for its prestigious educational institutions and schools which have stood since the British era.

The Nainital town not only lures domestic travelers and tourists but also several foreign tourists. It shines as a glittering jewel in the Himalayan Mountains and is surrounded by lakes and nature's bounty.

Places to visit in Nainital 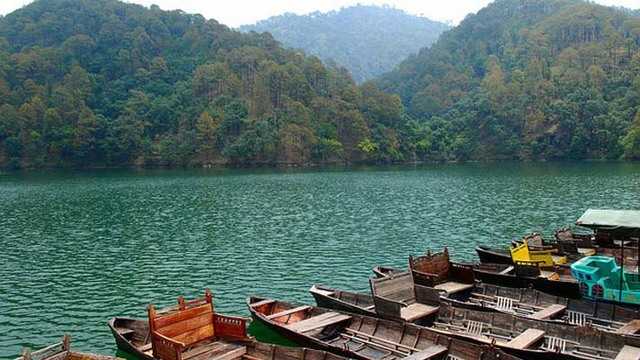 Places to visit near Nainital 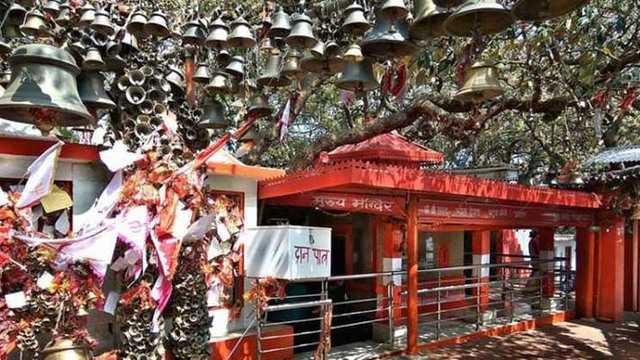 Whether you are looking for a precinct to relax while sipping tea or immerse in wildlife adventures, tourist places near Nainital would never let you go down. A blend of perfection in the natural form with the Himalayas peeking through the window panes, the city sprawl is studded with a range of attractions including trekking trails, vast gardens, temples, museums, and much more. Having Almora on the bucket list exposes one to rich culture whereas Sattal brings one close to water bodies where birds perch in a scenic manner, driving one to click multiple pictures. 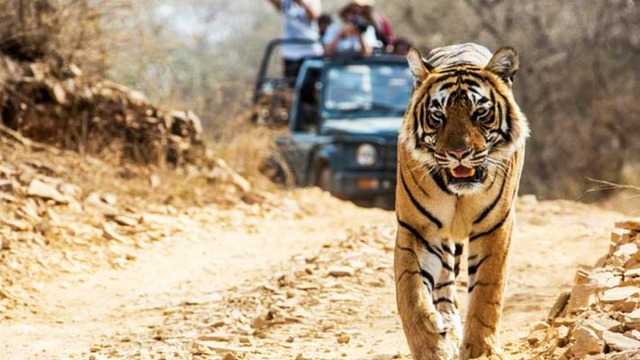 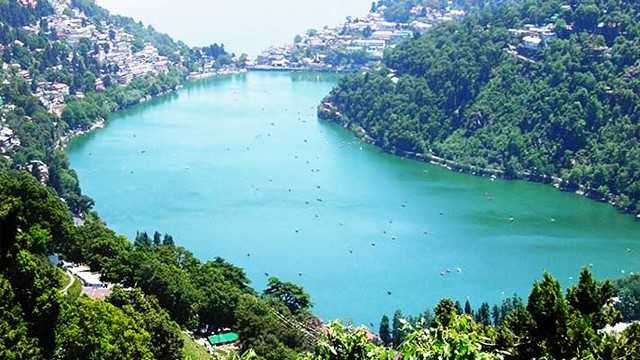 Given its heavenly surroundings, the wild flora, ancient temples, and exciting activities galore, Nainital, located in the Kumaon domain of India’s Uttarakhand state, beckons a bevy of visitors every month whether it rains or the sun shines. Ideally, Nainital is best visited between March and June. A mild sun allows the excursionists to go about the town without much fuss. Light gear, cool summer drinks, and a pleasant breeze during the night are some more ingredients of an ideal summer vacation in Nainital. 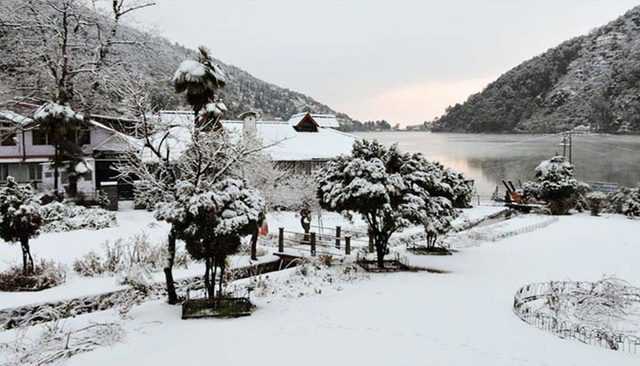 (October to February) The winter season kicks off on a cool note in October, and the temperature goes on dripping till January. For tourists with a tendency to face survival issues in biting cold weather in Nainital, November is the best month to visit the town. The temperature in December and January sinks to 0°C and the hill station experiences heavy snowfall at this time. Regardless of the frost and chill, vacationers find ample things to keep busy in Nainital.

(March to Mid-May) It is reasonably hot in summer in Nainital and generally lasts between March to May. The temperature stays moderate and generally ranges between 14°C - 30°C during these months. 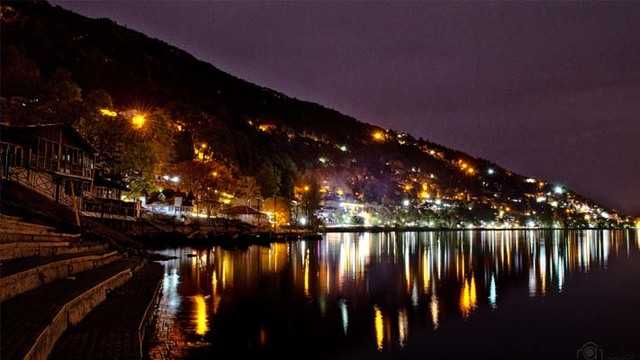 (May to September) By May, the people and local flora alike crave a heavy downpour for revival and regeneration. Moderate rains between June and September bring a respite to everyone in town, and the place comes alive as the monsoon retreats.