Located in the Indian state of Assam, Kaziranga National Park is an ultimate treat for wildlife lovers all over the world due to its rich biodiversity. What sets this wildlife park apart from the other parks in the world is the fact that it is the home to almost two-thirds of the world population of the rare one-horned rhinoceroses. This factor draws in a number of wildlife enthusiasts from different nooks and crannies of the world to the park every year. In the heart of Assam, Kaziranga National Park is one of the last areas in eastern India undisturbed by a human presence. It is inhabited by the world's largest population of one-horned rhinoceroses, as well as many mammals, including tigers, elephants, panthers and bears, and thousands of birds.

Kaziranga National Park in Assam is the world’s largest habitat for the great one-horned rhinos. It is India’s biggest bio-diversity treasure, and a UNESCO’s world heritage site. The park is located on the banks of river Brahmaputra, and covers two districts of Nagaon and Golaghat in Assam. 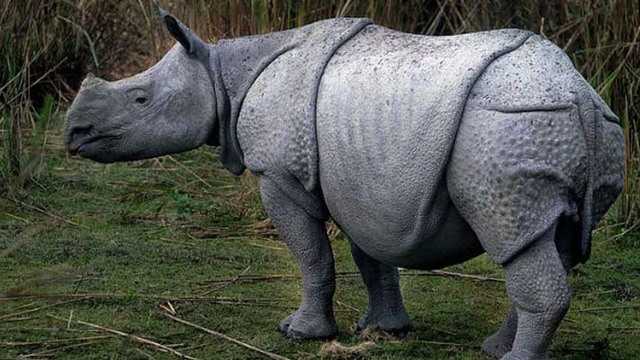 The Park is home to about 2,600 one-horned rhinos. In addition to the Assam Forest Department, more than one-dozen wildlife NGOs work in tandem to preserve the unique wildlife habitat.

Kaziranga was declared as a Tiger reserve in the year 2006 as it had the highest density of tigers of all the protected areas in the world. The park also shelters huge breeding populations of elephants, swamp deer and wild water buffalo. 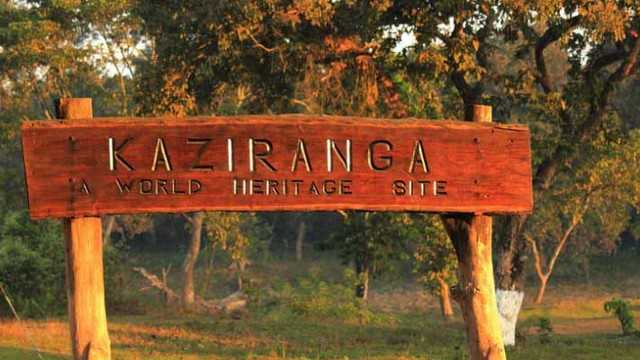 In 1904, Lord Curzon, the then Viceroy of India, along with his wife Mary Curzon, had gone for an excursion in the area to get a glimpse of the great one-horned rhinos. Unfortunately, they couple could not see any rhino, and were sad because most of the rhinos were poached. Mary Curzon immediately decided to take some measures for the conservation of rhinos. In June 1905 she came up with the idea of conserving rhinos in the area, and Kaziranga was declared a reserve forest. A present, the Kaziranga National Park shelters two-third of great Indian one-horned rhino population of the world. Subsequently, Kaziranga was upgraded as a national park. In the year 2006, Kaziranga was declared as a tiger reserve with the highest density of tigers in this region. 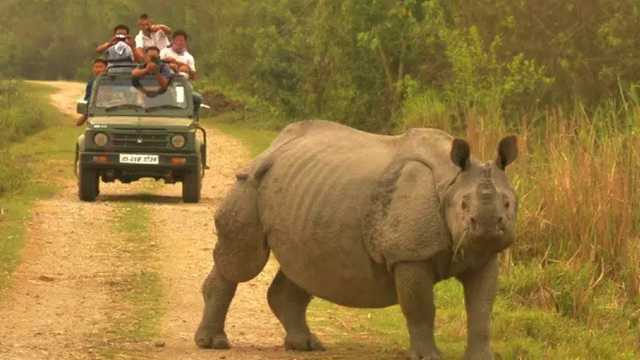 The rich variety of flora in Kaziranga National Park attracts millions of tourists every year from all over the world. The national park is surrounded by the floodplains of Brahmaputra that helps in the nourishment of the major plants, animals and bird species of this region. It has been titled as a “Hotspot of Biodiversity” because of its rich diverse species and their omnipresence.

Kaziranga National Park’s vegetation comprises of three major types such as grasslands on alluvial plains which includes tall elephant grass and short grasses as well along with tropical wet and semi-evergreen forests. The array of charming flowers adds glory to the vegetation of Kaziranga.

In addition to the grass land, Kaziranga National Park is also blessed with aquatic flora, including lotus, water lilies and water hyacinth. Some species of climbing plants add to the beauty of the park.

While Kaziranga is biggest habitat of the one-horned rhinoceros, it also shelters a large number of tigers. The park is inhabited by major populations including 35 species of mammals, out of which 15 are considered as endangered species by the IUCN Red List. 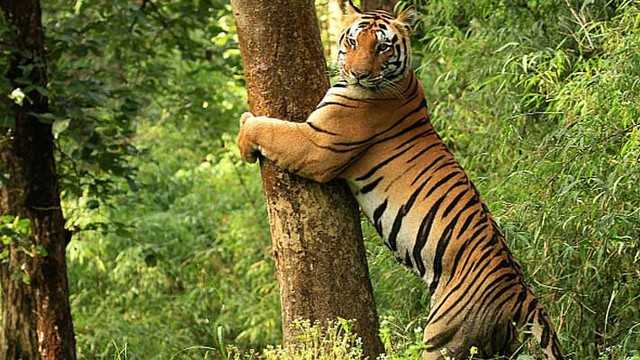 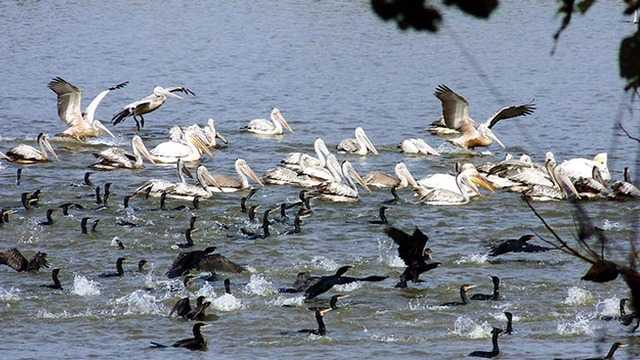 Kaziranga National Park is also home to 479 species of migratory and resident birds, out of which 25 are globally and 21 are locally threatened species.

The park is also a home to 42 species of reptile which includes the about to extinct species like King Corbra, Assam roofed turtle and gharial. The endangered Ganges Dolphins are sheltered in the floodplain of River Brahmaputra.

The best season to enjoy at Kaziranga National Park is between November and March. 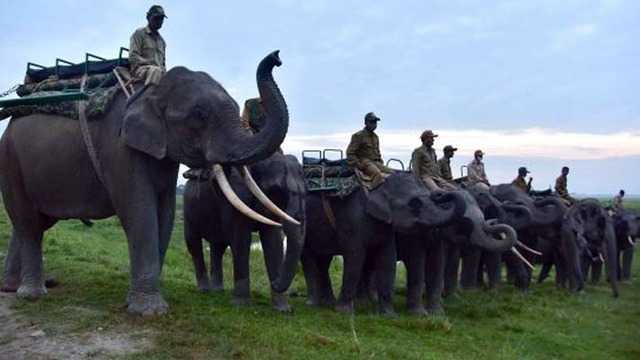 Elephant ride through the jungle of Kaziranga National Park is always majestic, and tourists can get a better view of rhinos and other wildlife. The elephant safari is organized by the Forest Department in Kohora and Bagori ranges. 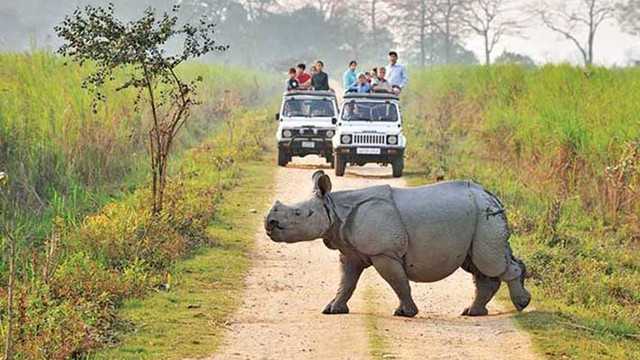 Jeep Safari is also popular in Kaziranga National Park. The forest department arranges two shift of jeep safari for its visitors. A jeep is allowed to carry 6 persons, and cover large area than the elephant safari.

Enjoy elephant safari at Kohora and Bagori ranges in the morning from 5:30 am to 07:30 am.

How to Reach Kaziranga National Park

Kaziranga National Park can be reached by all modes of transport – rail, road and air.

The nearest railhead to Kaziranga National Park is 80 km east at Furkating. It is connected by trains to all the major cities of India. Some tourists even take a train to Guwahati, and travel to Kaziranga by road.

Kaziranga is well connected with the major cities of the world and within the country through roadways as it has NH 37. Several public and private buses run on the roads.