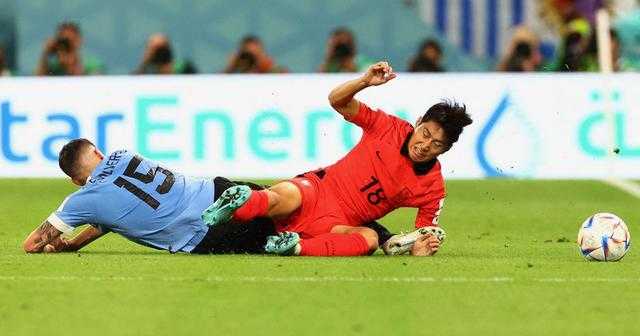 The returning Son Heung-min could not inspire South Korea as the Tigers of Asia started their World Cup Group H campaign with a 0-0 draw against Uruguay in Qatar on Thursday.

Uruguay captain Diego Godin and Real Madrid midfielder Federico Valverde came closest to breaking the deadlock when hitting the woodwork in each half, while Hwang Ui-jo wasted Korea’s best chance, skying a shot from 10 yards out with only the goalkeeper to beat.

It was a game of few chances as neither Son on one side nor Uruguay’s fearsome strikers Luis Suarez, Darwin Nunez and Edinson Cavani could find a clear opening.

With matches against Ghana and group favourites Portugal to come, both sides seemed to be more intent on not losing than pushing for the win at the Education City stadium in Doha.

As far as goalless draws go, that was an entertaining one. Uruguay came close on a few times, none closer than Valverde towards the end who hit the post. But Korea too were impressive.

The early part of the match settled into a predictable pattern as Korea made a fast start and Uruguay sat deep, soaking up the pressure without giving anything away.

In particular, the South Americans kept...