Cops arrest gang of 4 for stealing cell phones from passengers

Hyderabad: The sleuths of Commissioner’s Task Force on Monday apprehended a gang of four for stealing mobile phones and wallets from passengers who were traveling in autos.  The Task Force recovered 19 cell phones, an auto and Rs. 54,500 — all worth Rs. five lakh from their possession. 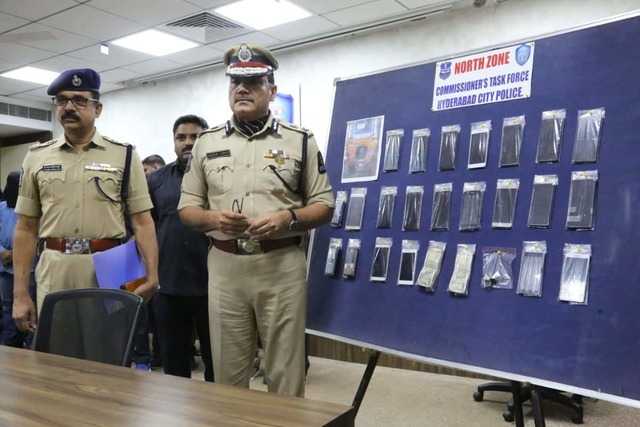 They use to steal cell phones, wallets from passengers traveling in auto rickshaws.

According to the modus operandi, Hashmi used to run a passenger auto in and around Afzalgunj Bus Station, railway stations of Secunderabad and Nampally. Meanwhile the gang leader, Ibrahim, along with his associates used to sit in Hashmi’s auto while waiting for passengers at the bus stations and railway station areas. They targeted the passengers who were waiting to board transporting auto and offer them to sit in the middle seat.

While traveling one of the accused converses with a passenger while the other steals his/her wallet and cell phone. Later when the traveler leaves the rickshaw after the fare is complete, they don’t take any money from the passenger as an ostensible goodwill gesture.

However, after the exiting the vehicle thinking they encountered a generous auto-driver, they find their wallet and missing. That too, only to realize that the driver sped away with his/her belongings.

Ibrahim then used to dispose of the stolen cell phones at mobile shops through Rasheed and later share the profits among gang members.

Along with the seized material, has been handed over to the Begumpet Police for further investigation.