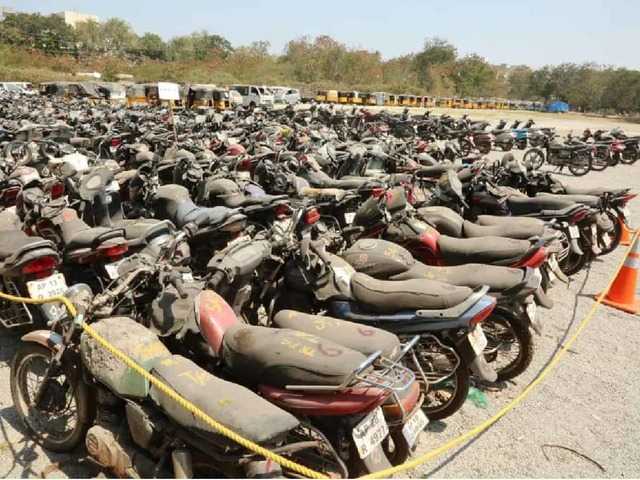 The officials have directed people who might have any objection or interest in relation to any of these vehicles to file an application before the police station Station House Officer (SHO) concerned, Cyberabad Commissionerate.

Citizens can claim the vehicle within a period of six months failing which the vehicles will be auctioned after six months.

The particulars of vehicles are available with N Vishnu, MTO-2, Reserve Inspector of Police, Cyberabad – phone number 9490617317 and on the official website of Cyberabad Police, a press release stated.